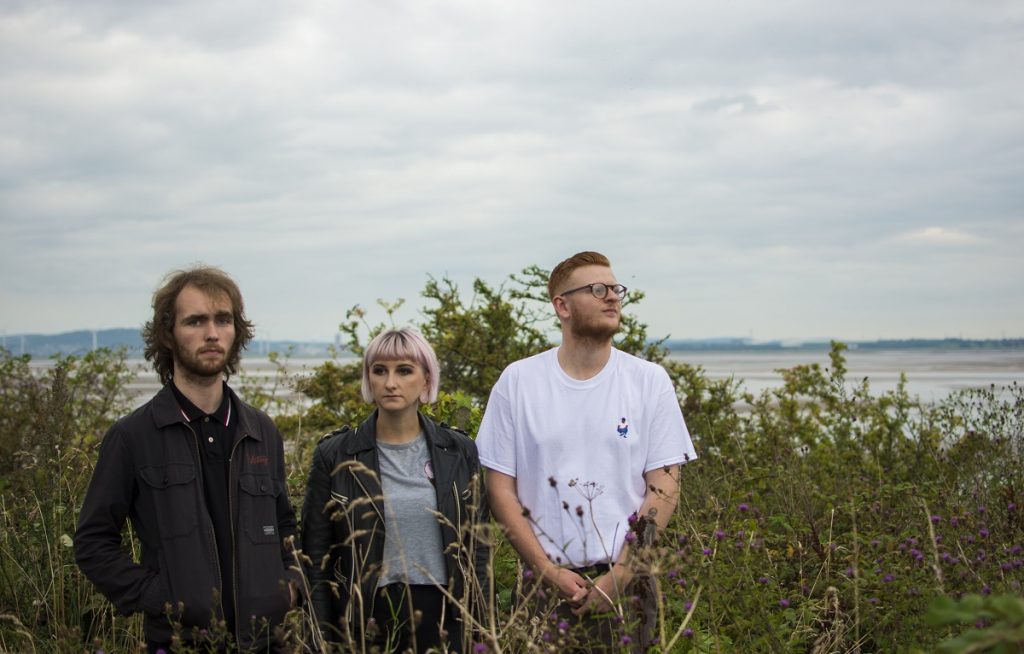 Liverpool trio SPQR are pleased to announce they have signed to Mersyside-based independent label Loner Noise Records and will release their new EP The House That Doubt Built on 10th November 2017.

Making vicious, emotionally-mature art rock that’s as deeply layered as it is visceral, they’re a band as likely to break your heart on record as they are to tear off your face live, with front man Peter Harrison’s nuanced song writing and impressive vocal range possessing an emotional depth seldom found in such a young artist.

The trio of weird-rock misfits are equally at home delivering tight, staccato grooves as they are expansive hip-shaking choruses, with rhythm section Bex Denton and Jack Sanders providing the perfect foundation for Harrison’s freaky guitar colourations and his intensely passionate, crystal-clear voice. Pin-balling erratically from hell-bent rock’n’roll to masterfully adept emotive soundscapes, theirs is a sonic arsenal littered with diversity, be it tender balladry, lurching epics, or out-and-out primal anger.

New EP, The House that Doubt Built, is a deep, dark 5 song trip into Harrison’s troubled psyche. Often lyrically open to a rare degree of vulnerability, much of the material came from creatively channelling a bout of depression that caused some serious personal upheavals. Mostly recorded solely by Harrison, apart from drums, at SPQR’s Canvas Sound studios, it’s a meticulous, obsessive creation long in the making.

Despite it being incredibly early days for the band, they’ve already attracted an impressive amount of attention – after extensive touring, festival appearances and releasing three singles through current record label Loner Noise, they were recently picked up for a feature by The Quietus – based on the strength of The House that Doubt Built, there’s surely plenty more to follow.