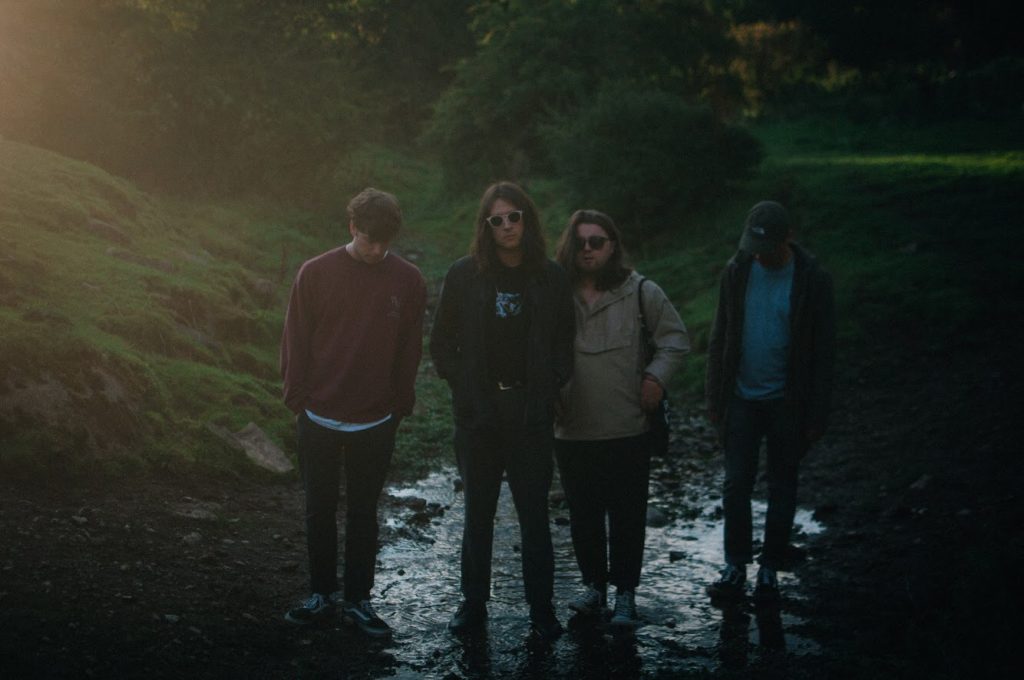 “’Speak It’ is by turns melodic and gorgeous as well as thunderous and corrosive. It is this blend of beauty and brawn that makes PLAZA such a powerful group.” The 405

PLAZA are riding a crest of a wave. Having this year played the fabled Reading and Leeds festivals, supported the likes of JAWS, Gengahr, Blaenavon, Ten Tonnes, Dream Wife and more, and built on marked online and radio tastemaker coverage, the lads from Hartlepool are releasing perhaps their most assured tune yet – the rip-roaring Speak It.

A filtered intro cleanses the sonic palette for searing guitars to begin the track in earnest. Brad Lennard’s near whispered vocals then punctuate a typically atmospheric verse, before one of the most anthemic choruses PLAZAhave ever committed to digital-wax erupts, and remains destined to echo around your heads long after the three-minute run-time is up.

The tune’s meaning is endearing in its simplicity: ““‘Speak It’ is about not being concerned with what other people think about what you say or how you act” Explains Lennard, “Always consider the potential consequences of your actions and words because in the end this is what writes your story, but just be nice and don’t let the irrelevant things in your life get you down – concentrate on you.”

Speak It was first introduced to the world via a Radio 1 play on Phil Taggart’s show, adding to previous plays from himself and Huw Stephens before, as well as from John Kennedy on Radio X and numerous Amazing Radio spins. Matty Swinbourne (Drums), Matty Nicholson (Guitar) and Will Hamilton (Bass) complete the line-up.

Speak It was produced by Forever Cult bassist Alex Greaves at The Nave in Leeds (Eagulls, Pulled Apart by Horses, Trash) and is out October 2nd via Beyond the Wall Records.