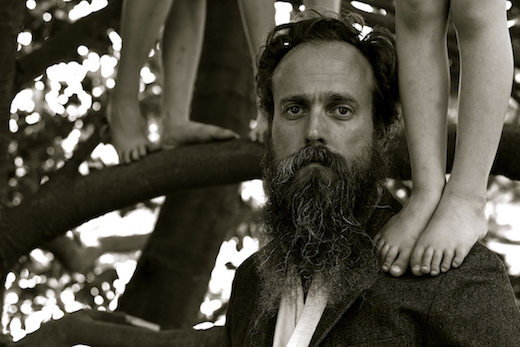 Following excellent reviews for new album Beast Epic, available now on Sub Pop, IRON & WINE has announced a number of European shows for early 2018. Beginning in Reykjavic on 14th January, the tour reached these shores in February for the below UK/Ireland dates, including a London Hammersmith Apollo performance:
Tuesday 13th February – BIRMINGHAM – Symphony Hall
Wednesday 14th February – DUBLIN – The Helix
Thursday 15th February – MANCHESTER – Bridgewater Hall
Friday 16th February – LONDON – Hammersmith Apollo
Currently on a huge tour of the US, Iron & Wine’s full international touring schedule can be found at their website.
Critical acclaim for Beast Epic, out now on Sub Pop:
“Iron & Wine’s sixth album essays yet more romantic, Americana–tinged songwriting… The songs may be modest, but their sure–footed craft creates profound, 12 tog comfort”
The Guardian – 4 Stars ****
“The album may lack an atmosphere of immediacy but you’ll soon love it, from the charms of the gently chugging Bitter Truth via the sublime melody of Call It Dreaming.”
Sunday Times (Album of the Week)
“The record unfolds its songs of faith, hope and sudden clarity slowly, little glints and catches commanding attention. It might not look like its going to leap out and grab you, but Beam here launches a soft emotional punch.” MOJO – 4 Stars ****
“Beam employs pastoral and ecclesiastical imagery to capture those moments of rapture, regret and redemption that become life markers.” Uncut – 8/10
“Beast Epic marks a loop back to the more insular feel of his earlier material, from the bare–boned opener Claim Your Ghost to the gentle warmth of Call It Dreaming. The result is surprisingly refreshing – a kind of father–to–son conversation between songwriter and song.” Q – 4 Stars ****
“His elegiac folk music reaches a new maturity here… Tracks such as About A Bruise and The Truest Stars We Know recall John Martyn’s meandering elegance.”
Sunday Express 4 Stars **** (Album of the Week)
“These songs bottle up his life experiences and the recalibration of his hopes and fears, all filtered through arrangements of pastoral loveliness.” The Sun – 4 Stars ****
“Beast Epic is an effortless acoustic swell… A warm, kind album that has songs up there with Beam’s best.” Record Collector – 4 Stars ****
“A superb collection of musings on the passing of time… One of our finest contemporary songwriters.” Shindig – 4 Stars ****
“Timeless American folk that charms the listener with its sense of comfort and calm… A dreamy delight from start to finish.” Long Live Vinyl – 9/10
“Beam’s dynamic playing is pitched perfectly with the soothing qualities of his voice and melodies… One of his strongest records yet.” Guitarist – 8/10
“There’s a warm and welcoming intimacy throughout this album… One of Beam’s strongest musical statements yet.” Total Guitar – 4 Stars ****
“The maturity of a life long lived forms the basis of the album’s 11 songs… This is tender and meditative music that contemplates the complex tapestry of existence.” Classic Rock – 7/10
Over the past few months Iron & Wine has shared videos for “Call It Dreaming”, which can be viewed HERE, and “Thomas County Law”, which can be viewed HERE.

Iron & Wine’s Beast Epic was written and produced by Sam Beam. It was recorded and engineered by Tom Schick at the Loft in Chicago in July 2016 and January 2017, and mastered by Richard Dodd in Nashville, Tennessee. The musicians who played on the album include longtime Iron & Wine collaborators Rob Burger (keys), Joe Adamik (percussion, drums), and Jim Becker (guitar, banjo, violin, mandolin), along with bassist Sebastian Steinberg (Soul Coughing and Fiona Apple), and Chicagoan Teddy Rankin Parker (cello).

Beast Epic will is out now on Sub Pop.