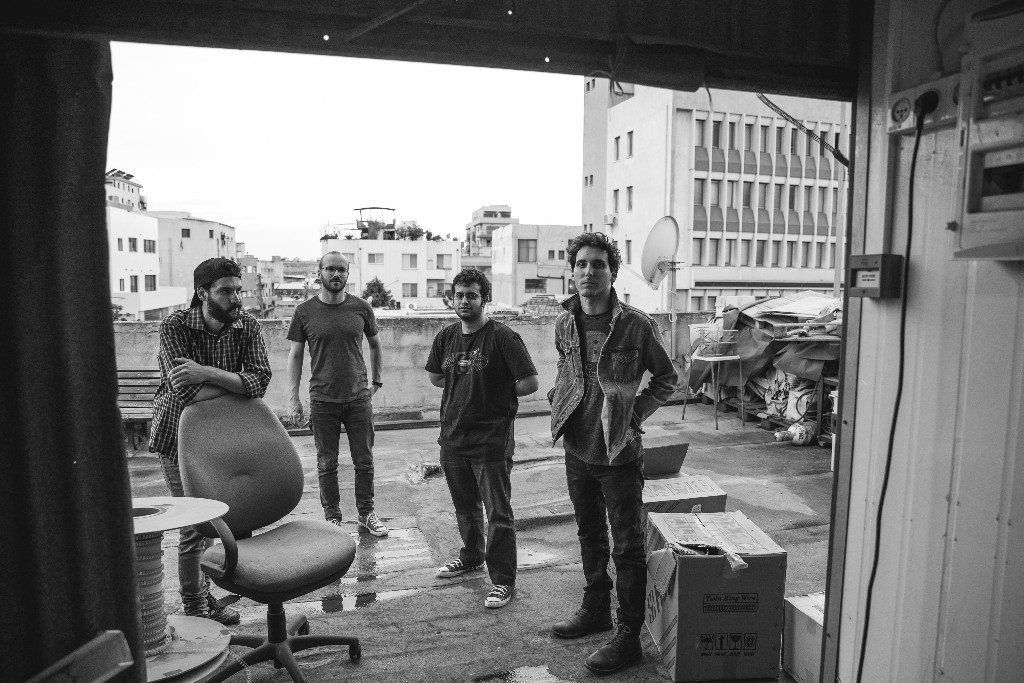 “a brief insight into this morbid world but paradoxically an obvious escape from it for the individuals behind its creation.” The Line of Best Fit

Delivered forcefully by vocalist Nir Ben Jacob, who was born in Israel before moving to Guatemala then Florida as a child, ‘Habit’ is a self-reflective song ruminating on global-identity in the 21st century.

Ben Jacob elaborates: “It’s semi-autobiographical, describing moves to different continents and having nowhere to belong. It explores the idea that people are who they are because of where they are born and where they have lived. How do you define yourself if you’ve moved between cultures? In the US you are literally labelled an ‘alien’. You feel isolated, you spend time alone, becoming a habit to yourself..”

In 2008, after finishing university, Nir moved back to Tel Aviv and started hanging out with his cousin and a couple of his friends.  As bored 20-somethings, and the only people around who listened to 80’s post-punk or art punk like Wire, The Fall and ‘90s bands like Fugazi and Dinosaur Jr. they decided to play together and start a band.

Their tracks explore themes of dis-connectivity and digital addiction, the individual dealing with bureaucracy, corruption and the repeating void of the modern life, oscillating between moments of anxiety and outrage to moments of hope and ecstasy. Yanniv Brenner (Guitar), Amit David (Bass) and Amir Reich (Drums) complete the line-up.

‘Habit’ is taken as the third single form forthcoming album The Void Repeats. The album was recorded at The Junk in Tel Aviv and was mixed by Bill Skibbe of Key Club Recording (The Black Keys, Protomartyr, Blonde Redheadand The Kills among others).