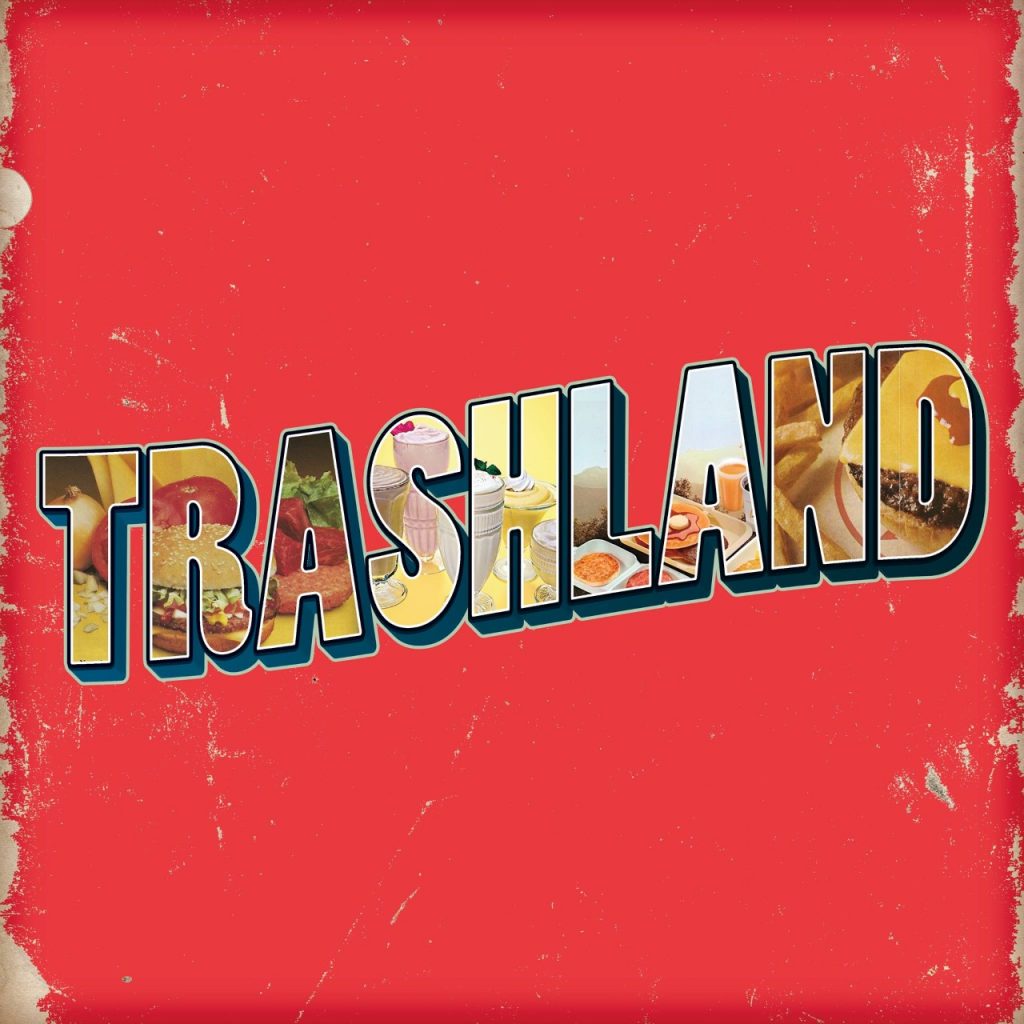 ‘They can write an evil rock song’ – LOUD AND QUIET

‘They traverse genres and create a sonic masterpiece’ – LOUDER THAN WAR

‘In a rock world so fuelled by nostalgia, finding a band that can mine the depths of rock and roll’s varied history and come out with their own, unique nuggets of gold should be applauded’ – THE NATIONAL STUDENT

One year after the debut LP ‘Debasement Tapes’ and just six months after the Number 74 Physical Singles Chart Smashing Too Pure Singles Club release ‘Death Surf A52 / White Dove 7”, Derby’s Unqualified Nurse Band return with their second LP, Trashland. A six-song thirty-four minute sprawling headfuck that once again pummels through the history of Rock and Roll, only this time UNB truly let the weird and wonderful seep into their consciousness.

Trashland was recorded at SNUG Recording Company in Derby by Rich Collins throughout June 2017 and was mastered by Joe Caithness at Subsequent Mastering in Nottingham.

The first single and opening song from the LP Transplosion, is a link between the new and old. Punk Rock Chaos and the Ambient outside world collide head on; setting the tone for an LP that will explore every avenue of your electrified mind.

Trashland will be available at all good record stores, all online retailers and at the bands Bandcamp page – http://unqualifiednurseband.bandcamp.com. Dive in and explore the ever-growing world of Unqualified Nurse Band.

Unqualified Nurse Band will be on the road for the release of Trashland. More dates to follow –

All the below with Lightyear & The Bar Stool Preachers