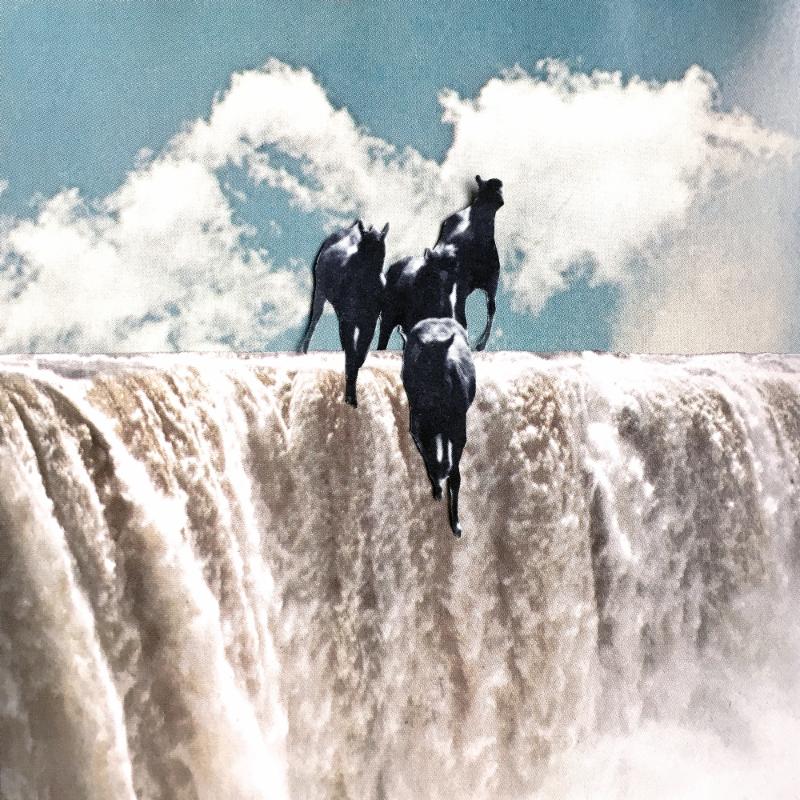 “a gorgeous piece of ghostly folk-rock, like a flickering transmission coming through an old radio from a lost place and time.” – Stereogum

What for Rex was a departure from the structured life of academia toward the uncertain contours of a creative field, for Alverson was a return to form. Having released five albums with his previous band Spokane, Alverson took a ten-year hiatus from music to write and direct feature films [Entertainment (2015) and the cult-drama The Comedy (2012)]. These departures and approaches bring a transience and listlessness to the album, like a walk interrupted by both curiosity and caution.
Equally informed by the minimalist folk music of Elizabeth Cotton, Karen Dalton, and Fred Neil; the tenuous, ambient, and orchestral works of Harold Budd, Brian Eno, and John Cale; the quietly pointed but tender songs of Nina Simone and Bessie Smith; and the baroque pop subversions of Love and The Left Banke—the inspirations for Lean Year are as varied as Rex and Alverson’s biographies. Their childhoods—framed respectively by New Age ideology and antiquated Catholic Catechism; anarchist Montessori and cold, cloistered ice arenas; the chaotic, upheaval of divorce and the strange, obligatory qualities of life-long marriage—provide footing on uneven ground for the record’s dream-like, oblique observations. In the wake of these dynamic histories, the two leaned on music as a kind of secular spirituality.
Rex and Alverson co-wrote the album over the course of a year at their home in Richmond, VA and recorded it in three sessions at the home studio of Chicago musician and engineer Erik Hall (In Tall Buildings, NOMO), who also performs on the record. Alverson and Hall co-produced the album’s ten tracks, drawing on both Hall and Elliot Bergman‘s (NOMO) arsenal of instruments.
The album often employs visual art as touchstones for the album’s narrative content. The songs hint, both formally and lyrically, at the dysfunctions of contemporary dialogue—the missteps, accidents, and deep-seated patterns that are either embraced, discarded, or broken in an attempt to build a common place in the world. Within this seemingly quiet and universal palate, each new track is a small, knowing departure from the last, a gradation in identity and form.
Lean Year is due out on 20 October on Western Vinyl and is available for pre-order now.

WIRE album of strays ’10:20′ rescheduled for release on June 19th | Hear “The Art of Persistence ” now