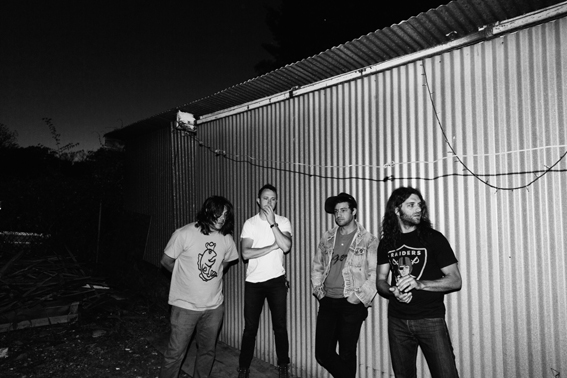 “Southern rock scuzz pups who hold punk and Creedence equally close to their hearts. The production sounds tougher than a night out with David Allan Coe but the songs are rigorously infectious.”  Mojo ****

“Baines’ complex, questioning pride in his state is from a liberal, liberating perspective, and he fiercely leads a band who swing with ball-and-chain force.” – The Independent

“‘Dereconstructed’ is in many ways an authentic punk album delivered in a genuine Southern Rock style with full on, no compromise principles and an attitude that defies opposition.” – Louder Than War

On June 30, Don Giovanni Records will release Youth Detention (Nail My Feet Down to the South Side of Town), the third full-length album by Lee Bains III & the Glory Fires.

Call it Youth Detention for short.

A double LP spanning 17 songs, it is the band’s most ambitious work to date – a sprawling and visceral record given to both deep introspection and high-volume spiritual uplift.

Listen to the first single, “Underneath the Sheets Of White Noise” which premiered on NPR who described the track as “a barnburner lit from Hüsker Dü’s frantic fuse and exploded by Drive-By Truckers’ fervor.”

“This song is a reflection on moments in my own growing-up where I witnessed whiteness and white-centered racialization drive representation and narrative, and thus identity, nationality, ethnicity, power, privilege, innocence, criminality, class, empire, etc.,” Lee Bains III tells NPR. “It’s also a paean to the deeper spirit of Birmingham, and the folks who fight through these massive systems of oppression –  neighbor rubbing up against neighbor in a churning, constant hum of resistance – to drag us as a city into closer relationship with that spirit.”

Where The Glory Fires’ previous LP Dereconstructed (2014) sought to dismantle one-dimensional notions of Southern identity and culture, Youth Detention has a similar, but more personal intent. Ofen, the songs detail moments in which cultural boundaries and biases become apparent – scenes in which systems of privilege and oppression become visible, particularly as they relate to race, class, and gender. Everyday settings – a church, a ballpark, a cafeteria – are revisited again and again, to explore these fleeting moments of revelation from different perspectives and roles. It’s a record defined by accumulation. Stories, images, and thoughts pile up to create confusion and cacophony in the narrative.

Recorded in Nashville, Tennessee at Battletapes with engineer Jeremy Ferguson and producer Tim Kerr, Youth Detention captures the band in raw form. Each song was cut live to tape, with the four performing in the same room without headphones or baffling. The result is thoroughly human, Lynn Bridges’ mix retaining the band’s live energy and looseness at the expense of a few out of tune strings. The Glory Fires’ music draws deeply from punk, but also soul, power pop, country, and gospel. It’s equal parts careful curation and geographic inheritance. “It’s the sound of my place,” says Bains. “I want to know it. I want to argue with it. I don’t want to be a band from anywhere that could be doing anything. For me, that’s what punk is about – figuring out who I am and how to be the best version of myself. I can’t do that by pretending to be something I’m not.” 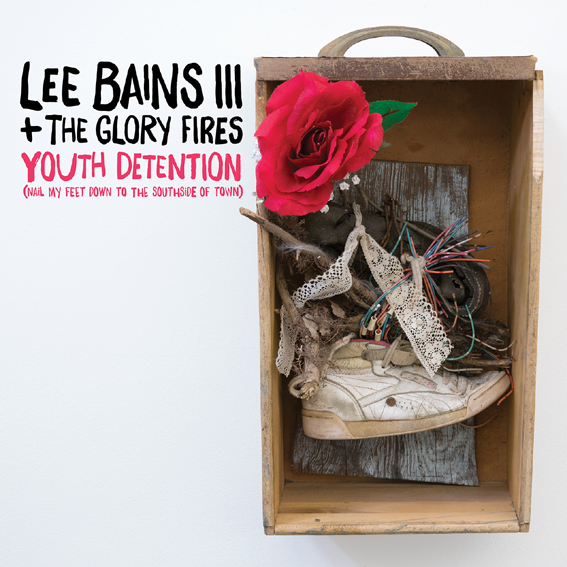