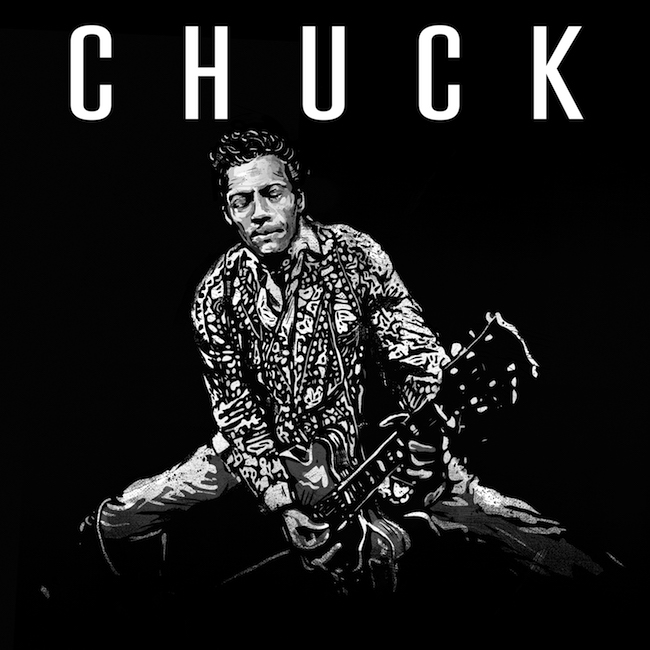 Comprised of ten new recordings, eight of which were written by Berry, ‘CHUCK’ is his first new album since 1979’s ‘Rock It.’ It was recorded and produced by Berry in various studios around St. Louis and features his longtime hometown backing group – including his children Charles Berry Jr. (guitar) and Ingrid Berry (harmonica, vocals), plus Jimmy Marsala (Berry’s bassist for forty years), Robert Lohr (piano), and Keith Robinson (drums) – which supported him for nearly two decades on over two hundred residency shows at the famed Blueberry Hill club. The album also includes guest performances from Gary Clark Jr., Tom Morello, Nathaniel Rateliff and Chuck’s grandson Charles Berry III.  Acclaimed author and historian Douglas Brinkley contributes liner notes.
Following the release of first single “Big Boys” on March 22nd, early praise began pouring in for ‘CHUCK.’ Rolling Stone said the album finds Berry “raging against the dying of the light, but in a vulnerable and tender way his earlier music had not prepared us for,” while The Guardian raved that ‘CHUCK’ “proves the late rock’n’roller was brimming with energy until the very end.” Uncut remarked that “Berry has as much to say about life and death as Cash and Bowie and Cohen did on their final albums.”
‘CHUCK’ Track List:
‘Wonderful Woman’
‘Big Boys’
‘You Go To My Head’
‘3/4 Time (Enchiladas)’
‘Darlin’’
‘Lady B. Goode’
‘She Still Loves You’
‘Jamaica Moon’
‘Dutchman’
‘Eyes Of Man’
More info here:
Watch: https://lnk.to/7smHtPR
www.chuckberry.com