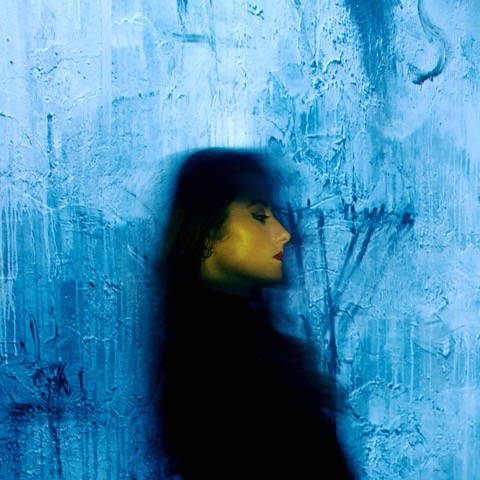 LAMIA is a bedroom producer and vocalist from South London, based in Leeds.The artist creates dark and moody jazz-drenched electronica and sings candid lyrics with laid back vocals amongst moody, trip-hop influenced production. Finding a love of production as an act of defiance, LAMIA taught herself how to create the music she wanted to make after being told “production was not her role” as a vocalist and songwriter. In the process she has found a beautiful and captivating sound with influences ranging from Lapsley to A/T/O/S.

Having found support from Huw Stephens on BBC Radio 1 as well BBC 1xtra, BBC Introducing, Amazing radio, and Indie Shuffle, LAMIA looks set to continue this momentum into 2017 with the Dance To The Radio single and a performance at Live at Leeds Festival on the 29th of April.

Her contribution to the 4×12” Compilation is the sleek ‘Not Mine’, mixed by James Kenosha (Rhodes, Pulled Apart By Horses, Dinosaur Pile Up), ‘Not Mine’ is a masterclass in dark electronic pop, with nods to acts like The XX and Portishead

LAMIA explains the meaning behind the single “Not Mine’ is about ideals overriding reality and the attempt to compete with a version of yourself within another’s mind. It explores fantasy vs reality, and the power of the human psyche to live through what you want to believe, rather than what is actually there”

The single forms a part of the first in a series of 4×12” compilations from Dance To The Radio Records. The Leeds label, who have released records from bands like iForward Russia! I Like Trains & Grammatics announced its return in 2016.

On working with Dance To The Radio, LAMIA explains “Working with DTTR has been an absolute pleasure. They are passionate and forward thinking people who truly care about music”

Dance To The Radio’s hugely influential Compilations have included singles from the likes of Pulled Apart By Horses, Esben & The Witch, Three Trapped Tigers, The Sunshine Underground, Sky Larkin, Paul Thomas Saunders and Das Racist. However, for Dance To The Radio, the focus is not on the past, but the future.

Sally Bryant, Dance To The Radio’s new A&R representative explains where LAMIA fits in to the new DTTR family “One of the best parts of this job is working with interesting and creative people and LAMIA is no exception. She is so full of ideas and sheer determination. I’m very happy DTTR can be part of her story”