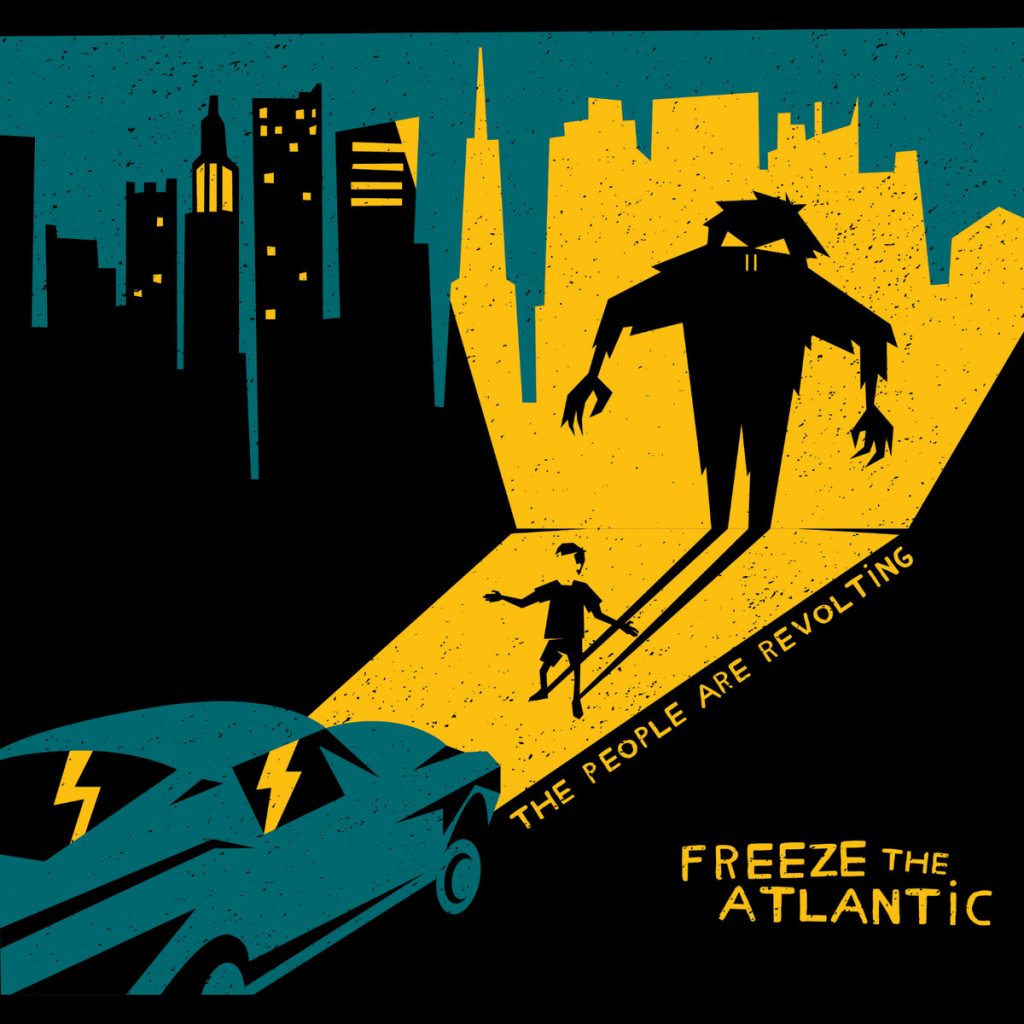 The People Are Revolting

Formed by members of revered British alt rock icons Hundred Reasons and Reuben, and now bolstered by the return of original bassist (and also ex Reuben man) Jon Pearce, Freeze The Atlantic are back with a renewed focus on their passionate brand of rock.

This change in lineup has allowed the band to make a fresh start with new album The People Are Revolting and the results are undeniably impressive with the album firmly capturing the bands live sound perfectly, a mixture of out and out passion and a vibe that brilliantly alternates between polished and raw, resulting in a melding of these two different feelings.

The instrumental El Nitro starts The People Are Revolting off and kickstarts a fine collection of anthemic alternative rock that starts with Annotate My Fate and concludes with the sombre No Goodbyes, a great way to end the album with a sound reminiscent of a heavier version of Idlewild, complete with a mournful end to both the song and the album in a way that captures the fragility of life, something that the band drive towards throughout the album.
It is that driving nature that propels The People Are Revolting with songs like the albums title track, the distorted groove of Captain Buzzkill and The Floor Is Made Of Lava and the uplifting Roshambo that are high energy anthems and the highlights of the album. Add to this songs like Gunnar Hansen and Altogether Not Together which are examples of the more socially conscious outlook that Freeze The Atlantic have developed with these songs tackling subjects such as the misuse of the military and the Syrian refugee crisis and while these subjects are serious, they are dealt with intelligently and ultimately still retain the same frenzy of sound that the band have made their own. And adding certain themes like these running through the album, it crates a more cohesive and heartfelt feel from beginning to end.

With The People Are Revolting, Freeze The Atlantic have upped their game with a more mature sound that loses none of their grit but adds a ton more energy to it and a set of songs that are the best they have done so far.

Freeze The Atlantic – The People Are Revolting Out Now Via Alcopop! Records.
https://alcopop.bandcamp.com/album/the-people-are-revolting