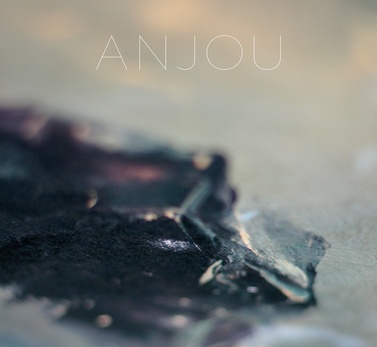 ANJOU (FEAT MEMBERS OF LABRADFORD AND PAN-AMERICAN) SHARE NEW TRACK FROM THEIR SECOND ALBUM,
EPITHYMIA (KRANKY, 24TH MARCH)
Ambient power duo Anjou are to release their second album, Epithymia on 24th March via kranky, and have unveiled another track from it.
LISTEN TO NEW TRACK ‘GLAMR’
The album continues in the vein of their 2014 debut, unfurling a full hour of mesmeric synthetic drift and veiled melodic undertow. Comprised of Mark Nelson (of pioneering post-rock experimentalists Labradford and Pan·American) and Robert Donne (of Labradford, Aix Em Klemm, Cristal), the group work largely in long-form suites of sound, alternately spacious and dense.

The new LP’s six pieces embrace flux and ambiguity: drones swell and shudder, hushed currents of noise glitch and dissolve, atmospheres congeal and liquify. As with the participants’ prior projects, Anjou evoke a shadowed, mysterious mood, variously melancholy and transcendent. The album is an accumulation of craftsmanship and experience, blurred forms traced in light and fog.

“Their self-titled debut holds up to the doomy strains of their pioneering act’s best work and defies direct comparison thanks to the clattering efforts of virtuoso drummer Steven Hess. Each track appends twitchy, garbled digital manipulations to the component synthesizer parts, crafting a thoroughly unhinged take on the the typically soporific strains of ambient music.” – PITCHFORK

“It feels like being inside something slowly baking, an atmosphere oppressive and close.” – IGLOO