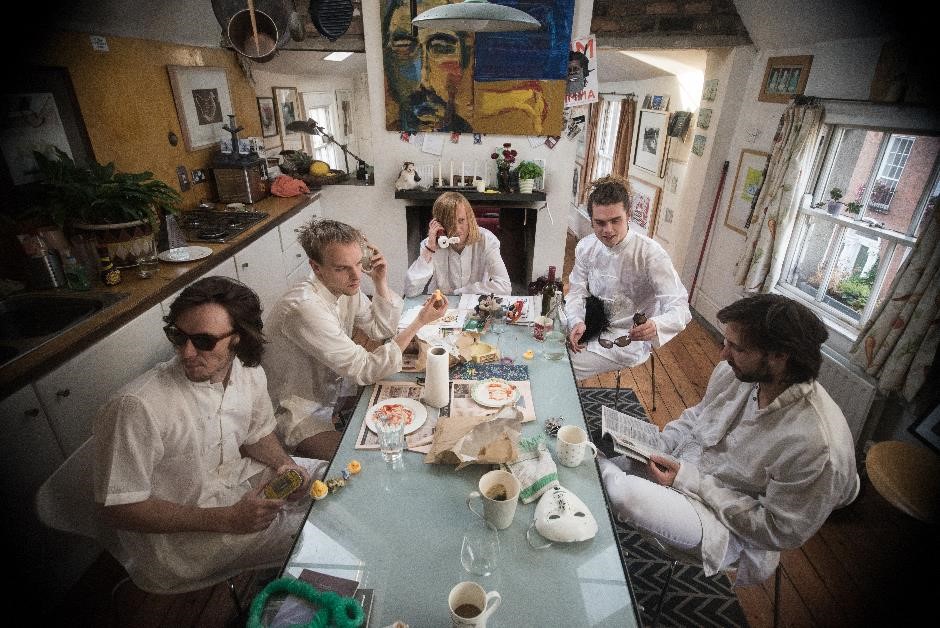 Meltybrains? unveil new single ‘Know My Name’
Taken from forthcoming EP ‘Kiss Yourself’ set for release on the 18th of November

Meltybrains? tear up the rulebook and stomp on the shreds with new single ‘Know My Name’, which was released September 23rd. The track is part of a larger EP set for release on the 18th of November by way of a 6 a side Football match in London.

Evidently, in ‘Know My Name’ Meltybrains? show a rare talent for wading into deep creative waters to pluck pearls. In a tongue in cheek nod to contemporary music, the song swells in saturated with melancholic autotuned vocals. What follows is a synthesiser assault so utterly flooring it’s hard not to be mesmerised by the sheer deftness of it all. Eschewing all conventional approach to structure, the Dublin group’s unshackled creativity makes almost every other group from the British Isles seem tame and reserved in comparison.

For fans of experimental maestros like Gang Gang Dance and Micachu, Meltybrains? push the envelope by being batshit. At a time when most bands are afraid to take any risks, Meltybrains? take them laughing, and their unswerving dedication to their craft (despite their whacky flippancy) is evinced in the beaming praise they’ve received for their live show-cum-spectacle from outlets such as Boiler Room, Clash, Pigeons & Planes and The Irish Times to name a few.

With more material to come by the end of the year, Meltybrains? are firm contenders for the most intriguing prospect the British counter culture has had in donkey’s years. They’re the antithesis to the spick and span polish and carefully manufactured image  of most groups. Ultimately, they’re explorers, pushing to the furthest reaches of music and entertainment to report back that there’s yet more to be discovered. 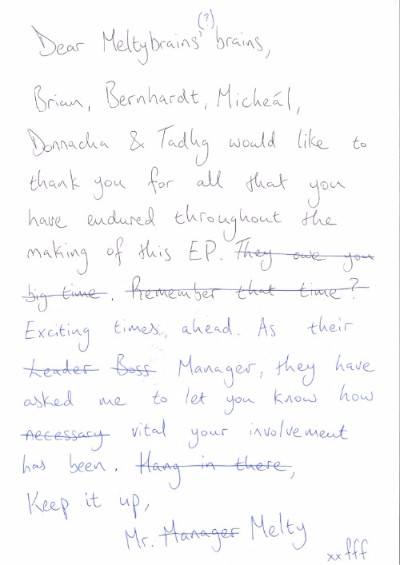