New Single ‘Watching The World’ Out Now – Premiered With Kerrang!

Taken From The New EP Destroy Something Beautiful Out Now 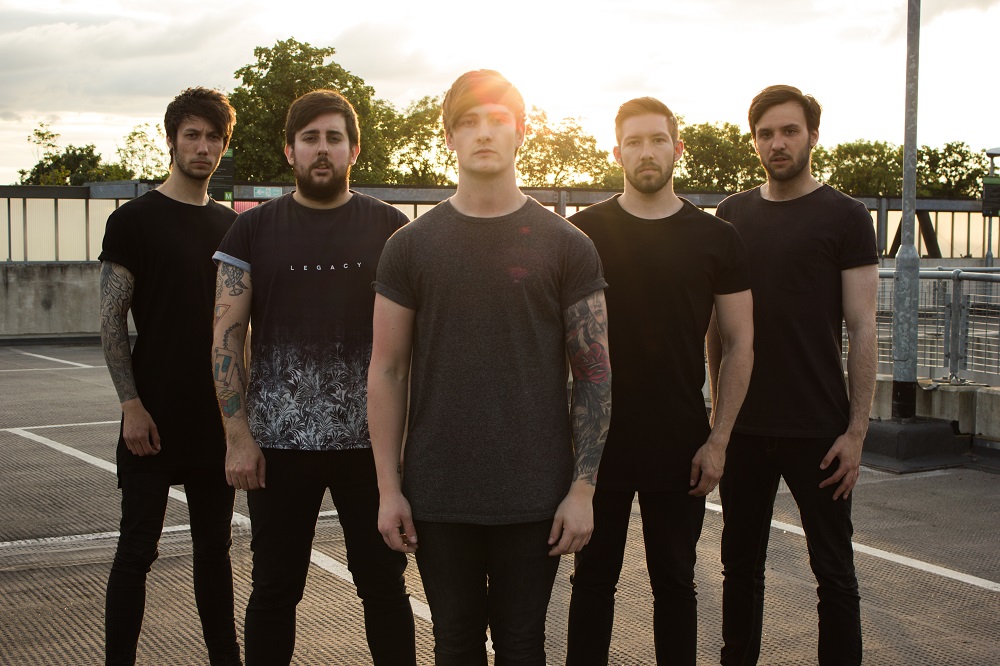 Hertfordshire alt-rockers Chasing Cadence are pleased to reveal their new single ‘Watching The World’ , the latest track to be taken from the band’s new EP Destroy Something Beautiful which stormed into the iTunes Rock Chart Top 10 on release. The EP is out now and available to purchase from all good digital retailers.

The second part of a special trilogy of videos for each single from the record that follows the same narrative, it’s another intense and thrillingly cinematic slice of action. Previously in the trilogy, Jack Harris (vocals) and Rob Barlow (rhythm guitar) have set up a heist and robbed a gangster at gunpoint, and as henchmen chase the band down, Barlow has driven off & escaped leaving Harris for dead.

The new ‘Watching The World’ video is based around the chase. A lot of the footage seen was actually caught on a drone filmed across a woodland area in the middle of Sunderland. The band actually used a gym and put up massive white and black sheets to give a green screen effect for the performance scenes, using Barlow’s flat in Hertfordshire are the location for the interior scenes.

Another bouncy, polished and high-octane chunk of quality alternative rock that seems destined for radio, the single leans towards CC’s darker side and echoes the likes of Thrice, Don Broco and Fightstar with lead singer Jack Harris evoking shades of Linkin Park’s vocal whirlwind Chester Bennington in the hook-filled chorus.

With each new track revealed, Chasing Cadence are confidently striding into a future they’ve long envisaged for themselves – a band with one eye on their humble beginnings, but also in possession of a remarkably ambitious mindset and positive work ethic that’s seen them aiming their crosshairs firmly at the leaders of the UK rock pack. It’s this “can-do” attitude and a relentless pursuit of their dreams that drives everything they do.

Commenting on the track itself, the band say: “‘Watching The World’ is in a similar vein to [previous single] ‘Everyone Relax’ in that it’s about pushing forward in life, working relentlessly to achieve your goals even though sometimes it may feel like you’re going backwards. It’s also a call to action for those people who are just wasting their life away ‘watching the world go by’ to get up and do something with their lives: find something they’re good at, search for a passion, discover a dream and pursue it!”

The band will be playing a special live set for this year’s Unsigned Music Awards at the October ceremony. The show is to be held at the stunning Troxy theatre, London, and will be broadcast across the Box Plus Network (4Music, Kiss, Kerrang!, Box Upfront), as well as on a newly announced interactive freeview channel to be launched by Channel 4 in September and student union channel SubTV.

They will also play a special EP launch show on 29th September at The Black Heart in Camden, London with support from Junior, Harken and Artisans. Tickets for the release show are on sale now athttp://chasingcadence.bigcartel.com and www.ourblackheart.com