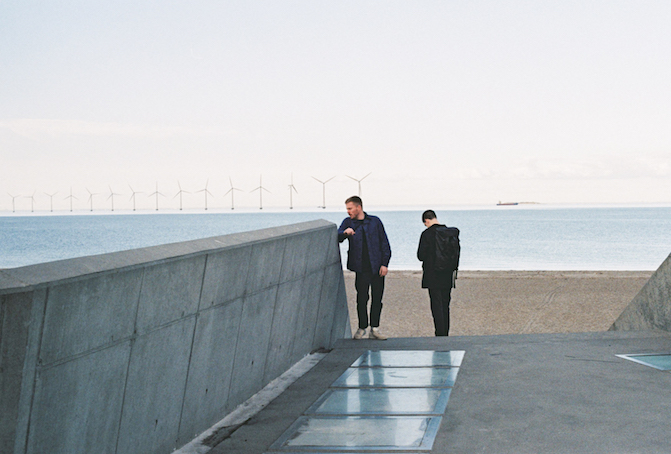 Announce mini-album, ‘As I Lay Drying’, for release on 2nd September 2016 via PRAH Recordings

The mini-album “As I Lay Drying” was written, performed and produced by Tim Clay and James Rapson A.K.A. Lung Dart and will be released on PRAH Recordings on 2nd September 2016. Today they share the first cut, entitled ‘Healthy Functional Tissue’, which is available to stream HERE.

Tim and James said the following about the recording: “We wanted to take something fairly simple, traditional and organic, and then interrupt that with a concept, process or sound. In an attempt to fragment and distort it from it’s initial context. Obscuring the everyday and familiar.”

“We think it’s a very personal listening experience. I’d ideally want to listen to this on headphones, by myself on the night bus home.”

On 26th and 27th August 2016, Lung Dart will be putting on an installation in the Back Room of Holdrons Arcade, Peckham, South London that aims to present the ideal environment to take in the record. A listening party / screening, where people can come, lie down and listen to the record along to video work by Joe Wilson, Liam Healy, Billy Bolton, Edward Carvalho Monaghan, Oliver Hyde Mobbs, Estelle Birch and Lung Dart.

Lung Dart are Tim Clay and James Rapson. From Leicester and South London respectively, they met in Leeds in 2008 but became close shortly after moving to London in 2011, where they’ve practised familial levels of proximity ever since.

The project slowly evolved whilst living and working together, earning money in short bursts of hospitality / logistics work; pouring pints and changing barrels at Lord’s, night shifts in stadiums and art galleries.

“We were both really into collecting field recordings on our phones and we’d get really excited running around and recording noises from within the bowels of Wembley Stadium at 4am. It was like we’d found this amazing source of mechanical sounds and huge empty spaces with the most amazing natural reverb.”

Whilst at home they would sit gazing into their computers with muted Friends episodes on the television, trawling through YouTube videos of anything from Alan Lomax archives to ASMR meditations.

“We wanted the freedom to explore as many musical directions as we could, representing both the abundance of material at our fingertips, whilst also illustrating the sense of claustrophobia, detachment and fickleness that can easily coincide when flicking between 100 tabs on your screen or finding yourself 2 hours deep into a YouTube rabbit hole.”

Lung Dart began as an attempt to move away from the live focus of previous projects, to give themselves the freedom to experiment with different instrumentation and musical processes.

“We wanted the ability to have a song that incorporated 100 saxophones and not need to worry about how we’d need to recreate that live.”

James and Tim both sing and play multiple instruments including piano, keys, guitar and bass, whilst James takes on saxophone and clarinet duties and Tim the percussion and drums.

‘As I Lay Drying’ will be available on LP & Digital. Pre-order to follow. The tracklisting is as follows: 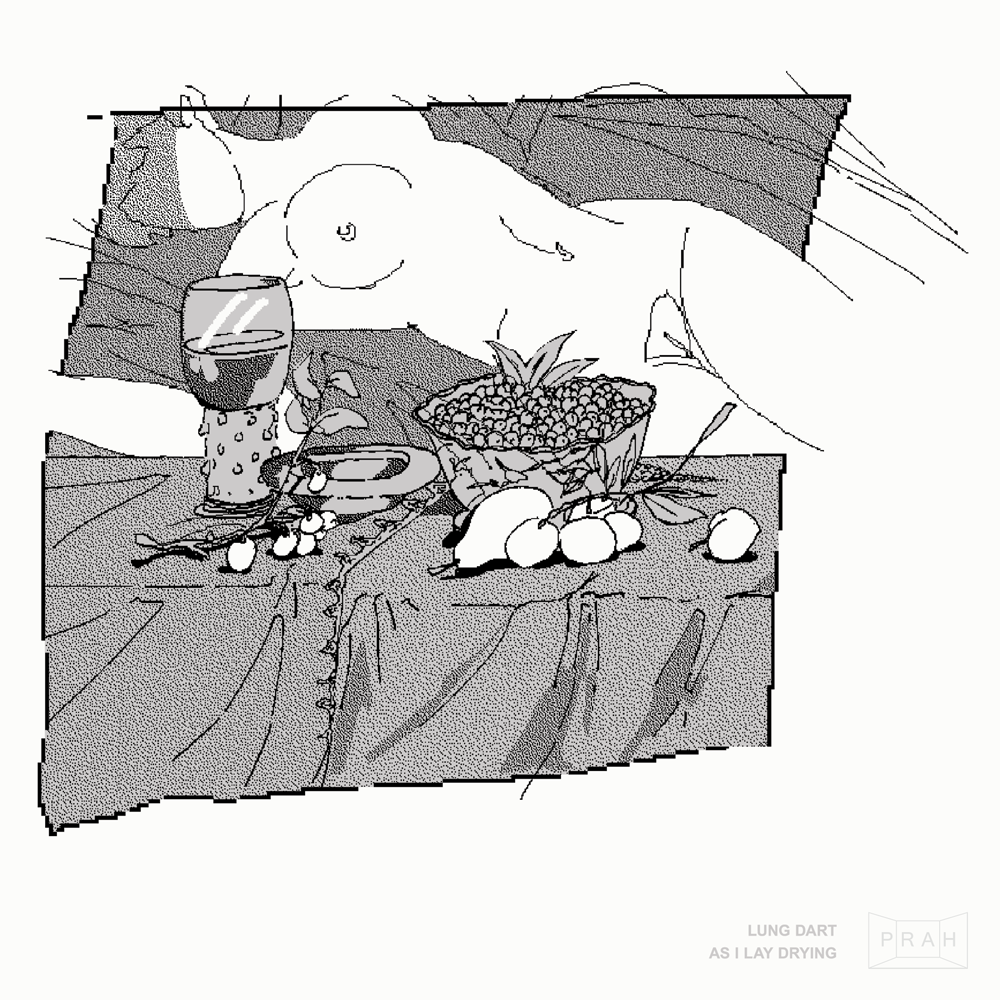