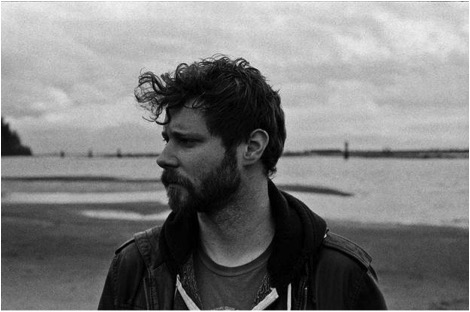 Mangan says the recording “was a really necessary cathartic experience for me. I’d been so into making ‘albums’ for so long that it seemed impossible to create music outside of that structure. In many ways, this was gratuitous play for me, just recording things because they were enjoyable.”

During the studio sessions Mangan was joined by both friends and long-time collaborators. Wintersleep’s Loel Campbell tears up the kit on “Race To The Bottom”, a song in which “various types of people have a slice of the story, but nobody has the whole story,” says Mangan. “It’s about us grasping for a better or simpler time, but it never existed. Either we’re bummed that we missed out on it, or we’re anxious that we’ll miss the moment when it does come. I’ve always been fascinated by nostalgia. I think it’s dangerous. Putting a halo on the past takes you out of the now, and it’s just not realistic. It’s fantasy.”

To close out the EP, Mangan returns to Club Meds tracks “Kitsch” and “Forgettery”, each receiving the redux treatment, during which much of that catharsis was found. “Re-hashing stripped down songs was nice because that album was so purposefully meticulous, and these feel much more rough and live.” For the reinvention of “Forgetery”, Mangan enlisted Tegan Quin (Tegan & Sara), which “was a real pleasure because I love her voice and I’ve always admired how her and Sara have managed being mega stars while remaining wonderfully human and intensely engaged with their fans.”

Unmake opener “Whistleblower” was one of those tracks that could have been included on Club Meds, but just got lost in the shuffle. Originally recorded in 6/8, this time around “we put it in 4/4 and reduced it to my acoustic and Gord Grdina’s electric noise-washes, which seemed to give it a classic protest song kind of vibe within a modern context.”

For the solo cover song on the recording Mangan tackles Robyn’s “Hang With Me”. “She has an ability to match hooky dance pop songs with intelligent lyricism and her personality is so vivid within the songs,” he says. “On first listen, it seems the singer is a tad self-involved, dictating if and how people can ‘hang with them’, but I think the deeper message in the song is the fear of being open and vulnerable enough to just let oneself get hurt in the pursuit of love and singing about that is, strangely… vulnerable.”