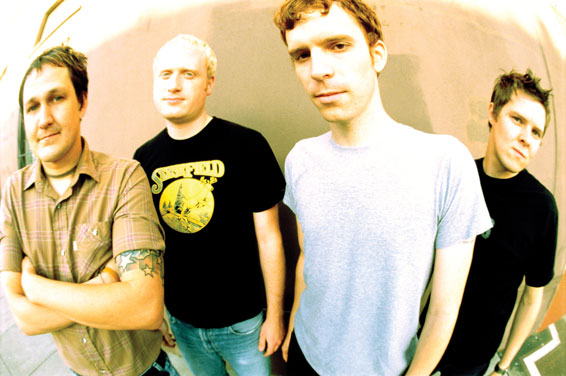 Fifteen years after it’s initial release, Hey Mercedes’ stunning debut Everynight Fire Works will receive a deluxe reissue on Run For Cover Records. Formed after the break up of Braid by Bob Nanna, Todd Bell and Damon Atkinson, Hey Mercedes’ brand of emo-influenced alternative rock has stood the test of time, embraced as a more melodic but equally-as-important companion to the members’ first band. Hey Mercedes has been cited as much an influence as Jimmy Eat World and The Get-Up Kids in the many subsequent revivals of the emo-leaning alt-rock sound of the late-90’s & early 2000s,

Everynight Fire Works, originally released by Vagrant Records in October 2001, will be reissued as a double LP on August 12, 2016. Remastered by JJ Golden (Sunny Day Real Estate, Soundgarden), the album will be accompanied by the band’s “Weekend EP,” a companion piece originally released in 2002 that has never been released on vinyl before, and a cover of Guided By Voices’ “A Salty Salute”.

In support of the reissue and 15-year anniversary, Hey Mercedes will head out on a US tour including a stop at Wrecking Ball Festival in Atlanta.  Though the official street date for the reissue is August 19th, the band will have 300 copies of an exclusive, hand numbered variant available only on the tour (all tour dates below).