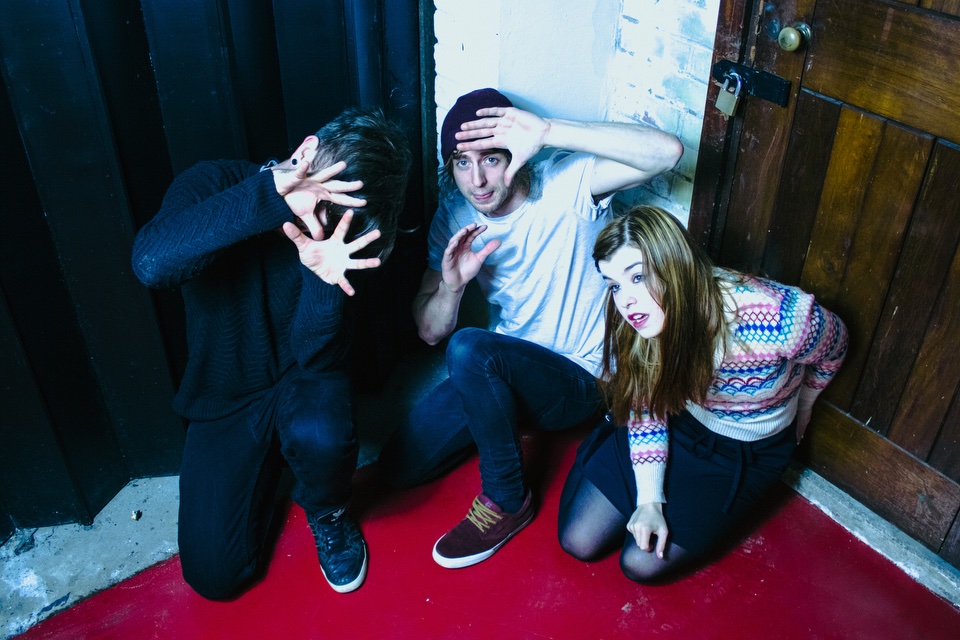 False Advertising have released a brand new track ‘You’re Too Slow’ taken from their forthcoming ‘Brainless’ EP. Both released this Friday 22 April.

Following the premiere of ‘You’re Too Slow’ on Louder Than War, with its accompanying video debuting on MOSH, both can now be shared via Soundcloud and Youtube (below), whist the ‘Brainless’ EP can be streamed in full, exclusively via Clash ahead of its release.

‘You’re Too Slow’ buzzes with an enveloping blend of melodic grunge and snarling attitude, as Jen Hingley explains “I was quite angry about someone who did something really stupid when I wrote a lot of the lyrics, so I guess in all it comes across as resentful, punk / noise-pop that makes you want to dance aggressively.”

Written in a time of turmoil for the band, the ‘Brainless’ EP as a whole has an energy reflective of the circumstances in which it was created in, as Hingly goes on to explain: “The circumstance that coloured the EP was the environment within which I wrote my part of it. We’d decided we were doing the EP abruptly last October the week before I lost someone very close to me. We’d set ourselves this crazy deadline to write the songs from scratch within a few weeks so we could get it recorded before Christmas – although I wrote the lyrics a bit later it’s impossible to not see the impact of that thing on the EP as a whole. We wanted to progress our sound in a constructive way and not just release the same sounding music again and again.”

This week False Advertising embark on a 9-date ‘Brainless Tour’:

29 April: The Exchange, Keighley [w/ Loomer, The Crispy Others]