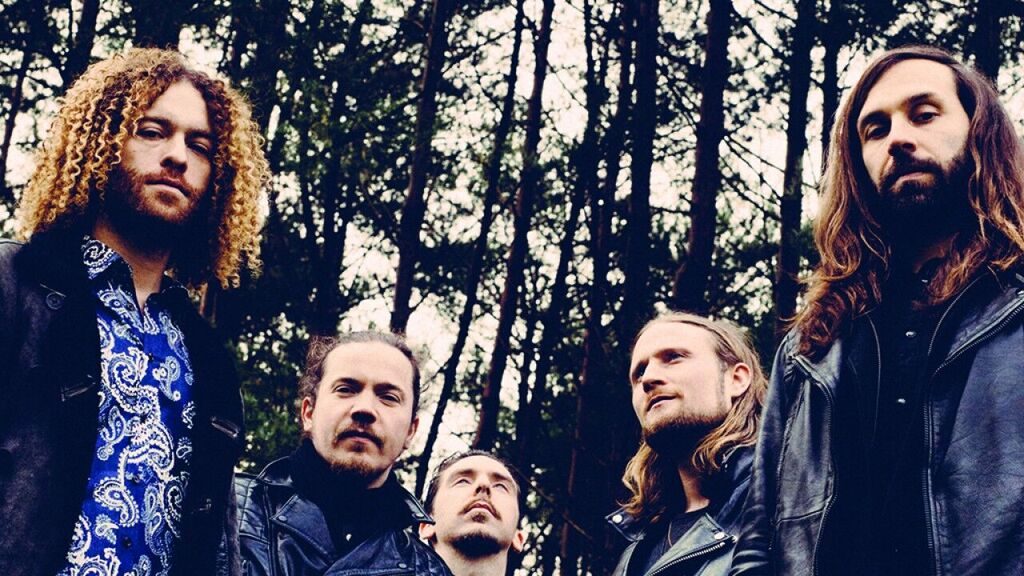 London-based progressive, psychedelic rockers Messenger will release their much-anticipated second album ‘Threnodies’ on the 22nd April 2016, and it has been receiving fantastic reviews already. Prog Magazine have called it “a spellbinding album”, while Metal Hammer UK awarded it 9/10 and said it is “a joyfully ambitious journey through edgeless realms of prog, folk, electric blues and 70s psychedelia”.

The band are extremely pleased to now release a video for the album’s opening track ‘Calyx’, directed by the bands own Khaled Lowe, as well as Sam Edwards. Watch the video now here: https://youtu.be/MnQYWp6cYVU

The band had this to say: “The music and images take us on a hallucinatory voyage into the calyx of a flower on a sub microscopic level; a journey into the centre of nature and existence that delves deeper into the mysterious fractal realm, exploring the innermost reaches of the human psyche. As the limit of our perceptions break down, the underlying nature of reality is revealed in a crescendo of colour and motion, utilising a fusion of time-lapse photography, animation, CGI and live action.”

The band previously released the track ‘Balearic Blue’ which you can hear now here: https://youtu.be/DRJQw8GzHdo

The band has also been confirmed to play Stone Free Festival at O2 Arena in London, UK on the 19th June & Leafmeal Festival in Dortmund, Germany on 5th November.

The 5-piece band released their debut album ‘Illusory Blues’ in 2014 to much acclaim, with the band winning the ‘Limelight’ award at the Progressive Music Awards that year, and being nominated for Best New Band at the Classic Rock Awards the following year. Q Magazine called their debut ‘an intriguing and impressive first album”, while The Guardian said “they straddle the supermassive black hole between prog and folk.”