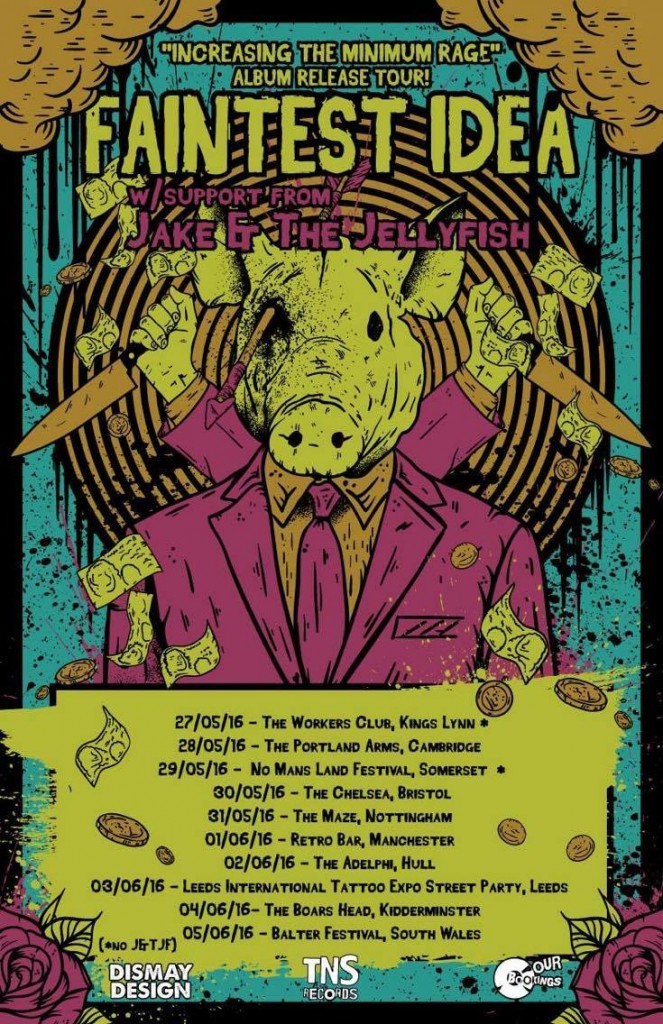 Kings Lynn rudeboy street punks Faintest Idea are pleased to reveal a new video for ‘Cocktails’, the second in a trio of feature videos that make up a short film detailing the socio-political issues faced in the UK as a result of the current Conservative government.

The new track from the rudeboy street punks is the latest to be taken from theirforthcoming album ‘Increasing The Minimum Rage’ released via Manchester-based punk and ska label TNSrecords on 1st April 2016, which can be preordered here: http://www.tnsrecords.co.uk/?product_cat=tns-releases

Commenting on the video, the band say: “Cocktails is about harnessing the violence and anger that neo liberalism produces and using it as a way to fight back. Sometimes things need to be destroyed for anything new to grow. It’s about trying to keep hope when it increasingly looks like things are going to get a lot worse before they get better.”

The band are also pleased to announce a run of headline UK tour dates throughout April, May and June in support of the new album, as well as an appearance at this year’s Rebellion Festivals punk festival in Blackpool – see below for full details.

Kicking around the streets of sea port market town Kings Lynn in one form or another since 2008, the new album was recorded with Hieronymous Melchers (the man behind the control desk on releases from legendary names from the ska punk scene including Capdown, Citizen Fish, King Prawn and Snuff) and mastered by Massimiliano Giorgini (Anti Flag, Rise Against, Alkaline Trio, Common Rider), the 11 track album also features guest performances from Vic Ruggiero (The Slackers) and Sean Howe (Random Hand).

What started out as a visceral punk band venting their political angst, Faintest Idea have slowly developed their own signature blend of street punk with horns as over time their two-tone, ska and reggae influences naturally bled through. They might have a different sound, but they’re still as pissed off as ever, with the current austerity measures from the Tory government raining misery over the country giving them plenty of ammunition. Throughout the album the lyrics tackle current global issues such as ecological destruction, the failures of capitalism, the seeming futility of voting and the rising problems with mental health.

Summer 2013 saw the release of ‘The Voice of Treason’ on TNSrecords followed by more touring of the UK and Europe, whilst their well-loved videos for album tracks ‘Bull In A China Shop’  and ‘Youth’ led to them being invited to do a Maida Vale session for The Mike Davies Punk Show on BBC Radio One.

In the following years they’ve toured and played relentlessly, appearing at shows and festivals all over Europe and the UK, and in June 2014 the band embarked on a 10 date tour of Russia – judging from their explosive live performances it’s no surprise they have an ever growing army of loyal fans sprouting up everywhere they play. 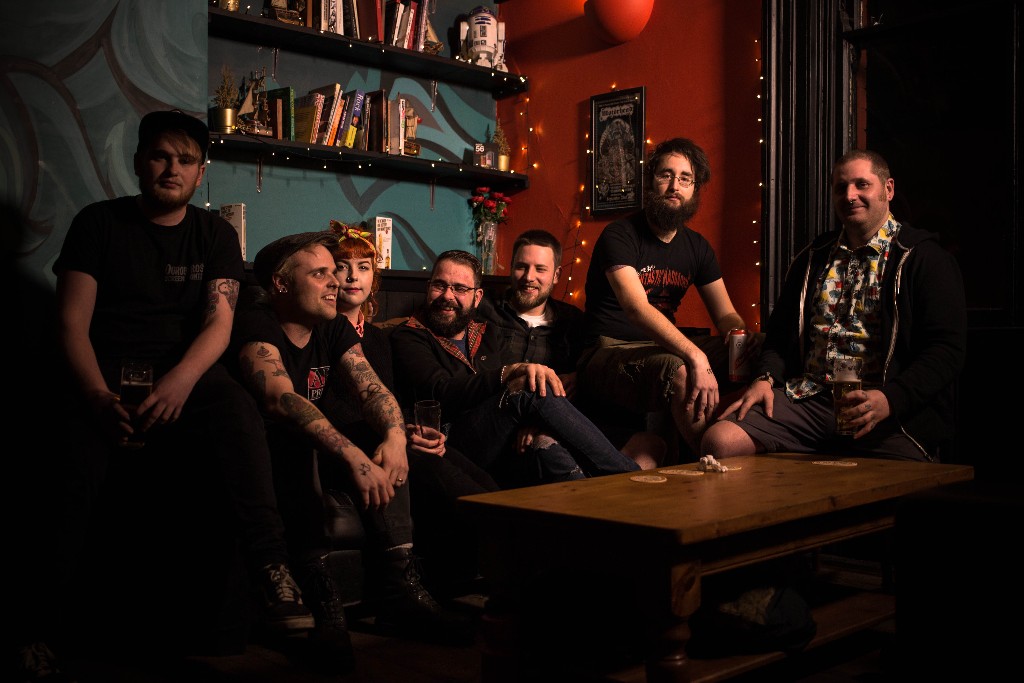