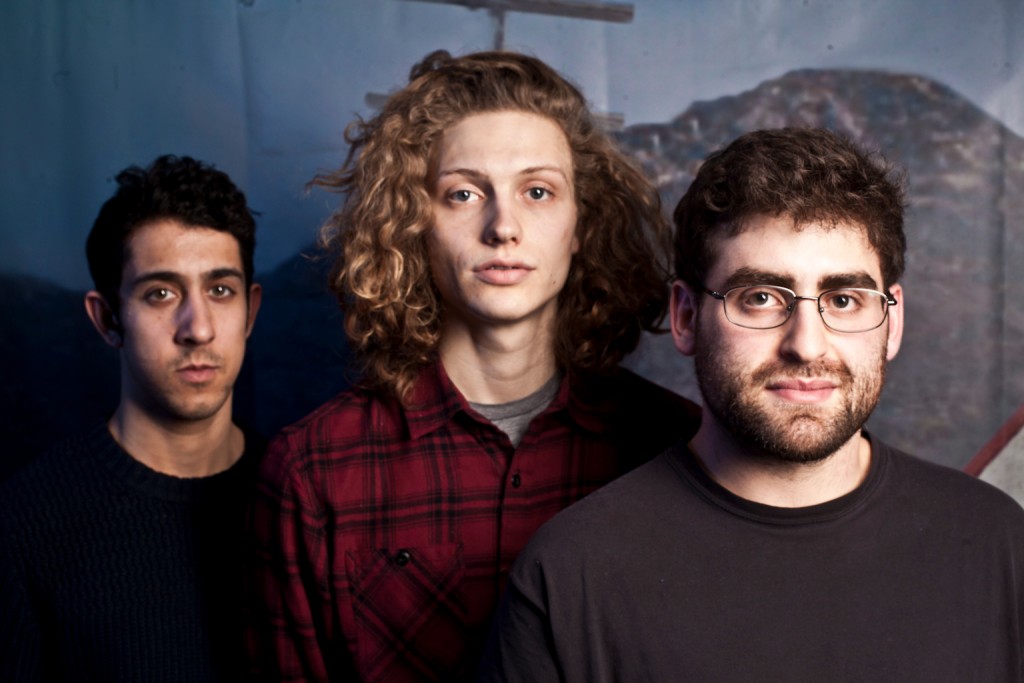 East Coast psych pop trio Museyroom are sharing the “eye-opening” animated video for their single “Ballad” via PASTE Magazine. Taken from the band’s stunning full length debut, Pearly Whites (due out March 25th via Grind Select), the “Ballad” video dives into a psychedelic world of animation. Using both 2D and 3D effects together, director and animator Alex Braddock mirrored Museyroom’s “future nostalgia” vibe, capturing the song in its eternal shifting state of being.

Speaking about “Ballad,” Jack Donovan (guitar/vocals) shared, “Lyrically, ‘Ballad’ is about being disengaged with one’s daily life to the point of feeling perpetually asleep and the negative effect this has on one’s relationships. The song is optimistic, however, in that it talks about fighting this feeling of helplessness and ultimately learning to appreciate the people who care about you. At its heart, ‘Ballad’ is a call to wake up, to stop obsessively looking inside oneself and start looking out. This idea of ‘waking up’ is played on visually in the video with the use of the eye opening and looking around.”

Ben Cohen (guitar/bass/synth) added, “More generally speaking, the imagery for the video was inspired by other elements we were using to develop artwork for Pearly Whites, channelling an old, saturated illustration style within a digital context. We love the way Alex interpreted the past/future aspects of the lyrics by blending 2D and 3D imagery.”

“Imagine Merriweather Post Pavilion–era Animal Collective trying to recreate their original campfire vibes. The band calls what they do “future nostalgia,” and it seems like an apt descriptor; it’s hard to escape the sense that the song is mourning its own inability to last forever, or at least to be comfortable existing right now.” – FLOOD Magazine

Broken Hands Reveal New Video For Single ‘Who Sent You’