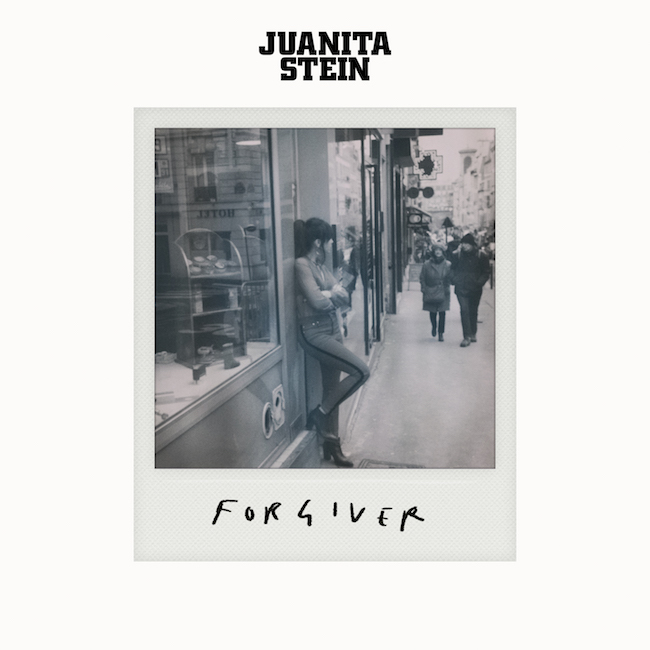 Juanita Stein, the Howling Bells frontwoman turned solo artist, has released a brand new single, Forgiver on 13th April (impacts 1 June). The single was co-written and produced by Brandon Flowers while Juanita was on tour with The Killers in Northern Europe this February.

Forgiver is the first taster of Stein’s upcoming second album, Until The Lights Fade, which will be released by Nude Records on 31st August. Says Stein of the song, “I remember wanting it to feel swaggering and wise, just like she is in the song. She a knowing seductress and he an endearing fool, completely at her mercy. It’s only once we get to the chorus that she shows any kind of vulnerability.”

“I’d written the bones of the song a while ago and began working on it again on the EU leg of the Killers tour. I’d managed to get Brandon to hear the song as was, with the intention of seeing if he could maybe help take it somewhere, and he ended up not only co-writing, but also producing the track, which we were able to record backstage during those last few days on the road. I loved the spontaneity of the recording. As with the album itself, everything unfolded very instinctively.”

Until The Lights Fade
Juanita Stein’s second solo album arrives less than a year after her first, ‘America’, saw her exploring the iconography and cultural landscapes of a country that had always fascinated her from afar. Yet, while ’Until The Lights Fade’ is cut from the same musical cloth as its predecessor – the crepuscular twang of bar-room guitars, the keening romanticism of its melodies, the sparseness and simplicity of its arrangements – the album’s ten songs are concerned with thoughts, feelings, stories and characters rooted far closer to home.

Following her recent dates with The Killers and a run that saw her back in Austin for SxSW, Stein now returns to the UK for a tour with Bryan Ferry, before a summer of festivals including Latitude, Green Man and the newly launched Black Deer, around the new album release.