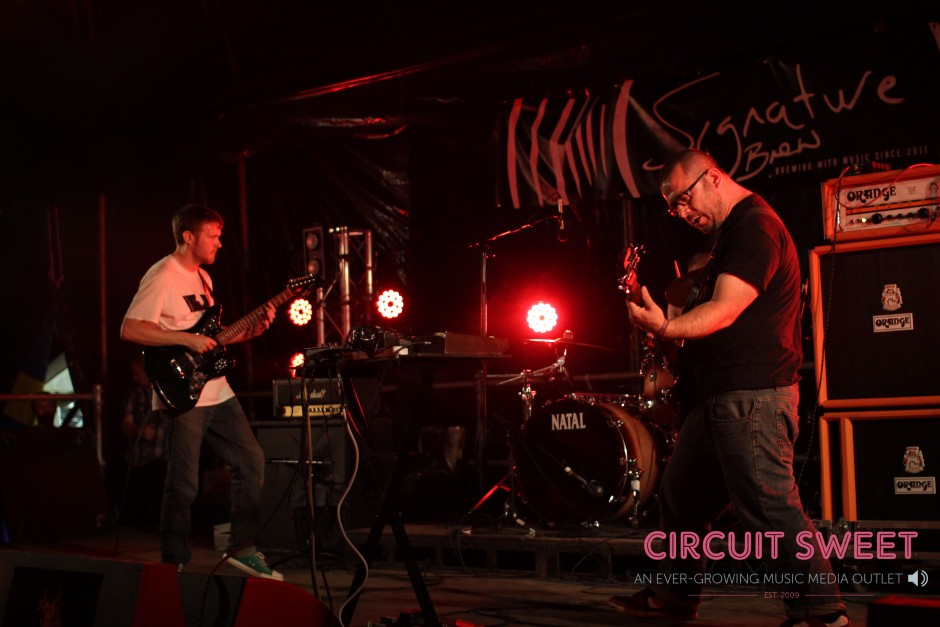 The next band take over comes from the ridiculously talented trio Alright The Captain. The 3 piece instrumental math rock post rockers consist of Marty Toner on Guitar, Todd Wood on Bass and drummer Jamie Cattermole. When the trio aren’t touring hard, they are producing more complex, more mature compositions yet still exploring their mathy jazz core roots. The three have had another successful year with their flawless album release ‘Contact Fix’, a headline performance at ArcTanGent and more tours than possible. We hand over to the band to find out about their year in music.
Top 5 releases of the year
VASA – Colours 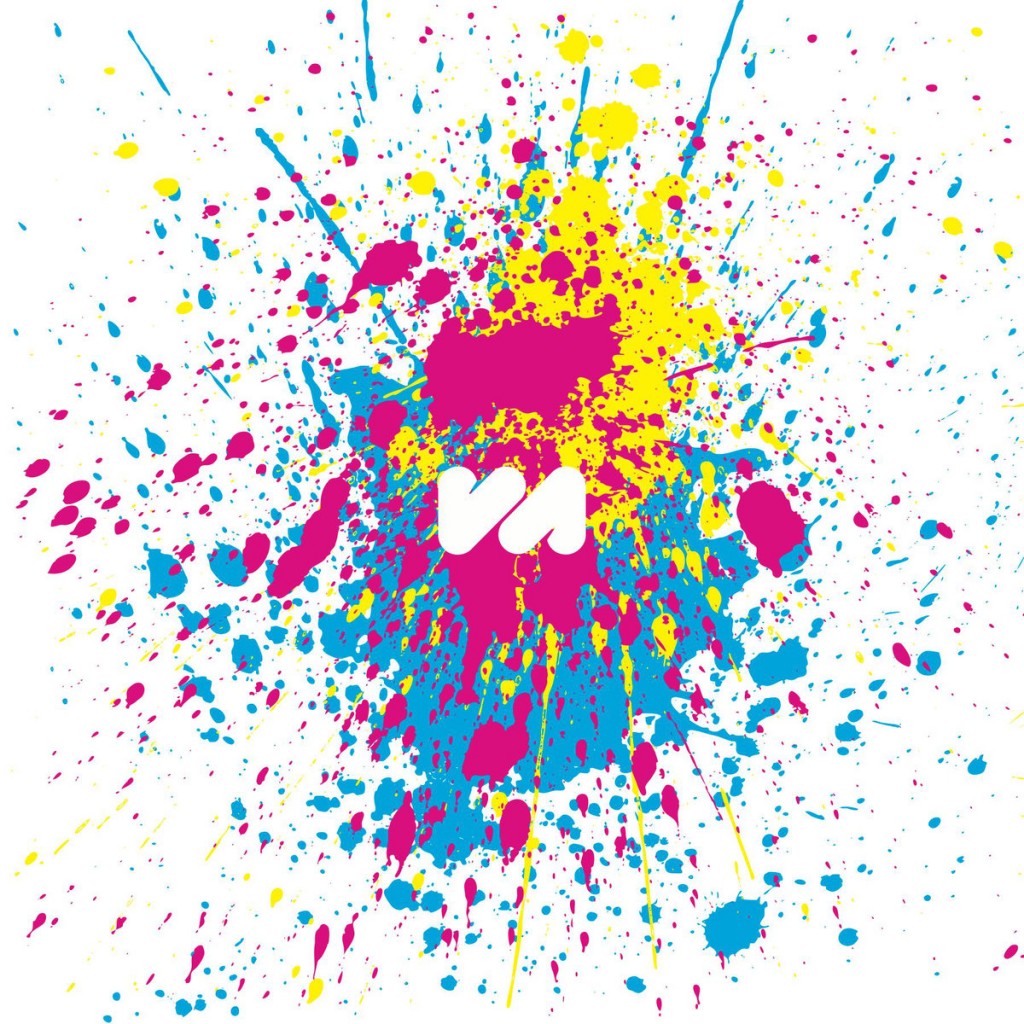 Those disgustingly talented and hardworking scotsmen did an awesome job on colours, it sounds amazing and really captures a band currently making big waves on the math rock scene, they deserve everything thats happened to them this year and it was a joy to see them play to such a big crowd at this years ArcTanGent. The album is amazing!!!! 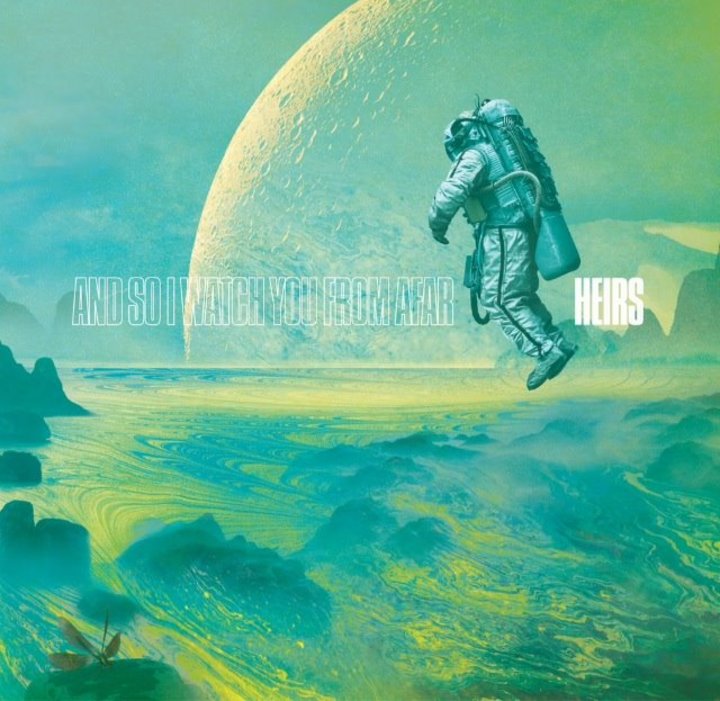 The lads can do no wrong, every album is gold, this one took me a little longer to get into to be fair but when it clicked it really did click and has been on my stereo loads this year. 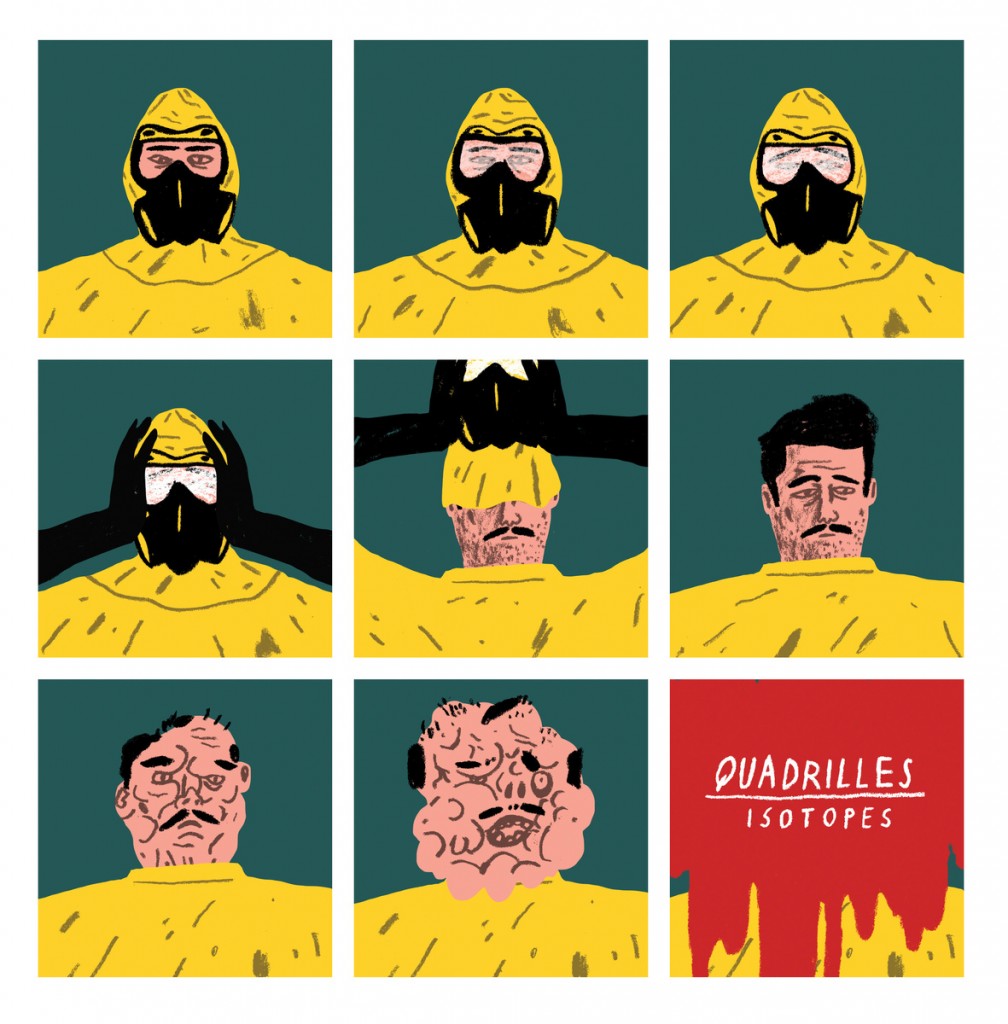 Absolute gents and an album full of beautiful and intricate melodies and harmonies, it’s always a pleasure to work with these boys and this album didnt disappoint after being successfully funded via Kickstarter. 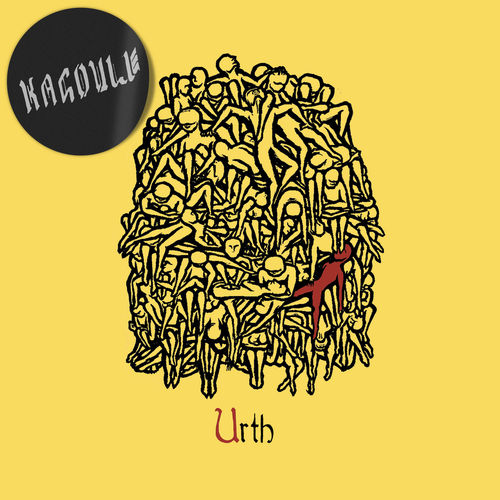 Nottingham cherubs doing it right, these guys have had an amazing year and deservedly so, the album is full of catchy sing along songs which have seen the band touring the world like crazy. 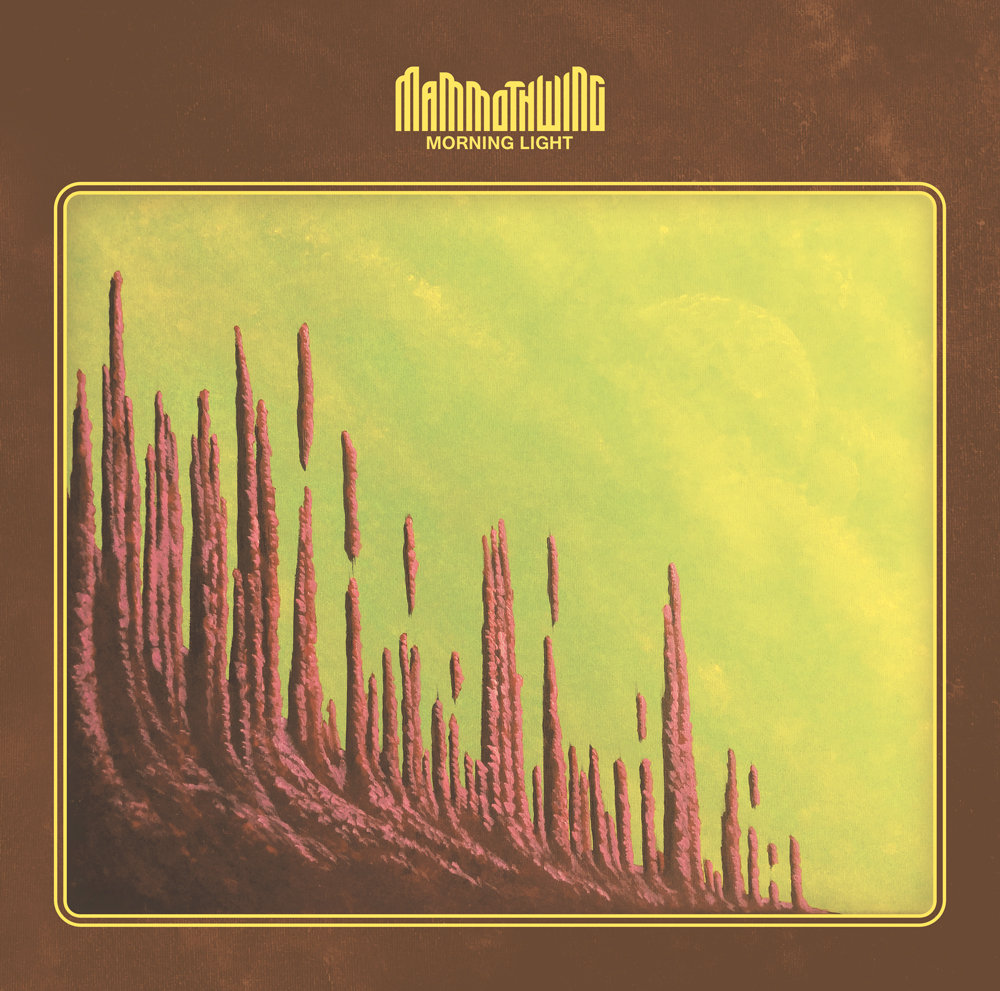 A late contender for album of the year list for me with it only being released at the beginning of December, these guys are not only an awesome live band but this album just has so much groove you need to check it out!

Without a doubt ArcTanGent, we got moved to a headline slot on the bixler stage clashing with Cult of Luna and Deafheaven so we thought we’d be fucked and playing to no one but the tent was absolutely packed and we enjoyed it so so much, we even had John Niblock from vasa join us on bass for the last song while Todd disappeared off crowdsurfing, LOVED IT!

Bo Ningen at Y Not festival was awesome, i’d never really checked them out before and was blown away , they were creepy and the music was awesome and i just fell in love with what they were doing.

Releasing Contact Fix was a massive highlight, it was so good to get it out there and we played so many cool shows this year to promote it which took us to Spain for the first time. 2015 just flew by and it’s been an incredible year for us so we’re delighted with how it went.

Chiyoda Ku, Memory of Elephants, Mothers, Kusanagi and Bearfoot Beware are my main bands to watch out for in 2016, they’re all awesome!!!

We’re touring with our buddies A Werewolf and Steve Strong in February around Ireland, Scotland and England then we’re back over in Europe in the Spring with Bear Makes Ninja who are releasing their excellent debut album in March, we’re currently writing for a new release too so hopefully that will all come together nicely and we’ll have another busy year.

A huge thank you as ever to the super supportive ATC! We are looking forward to hearing that new release and wish all the best for next year! 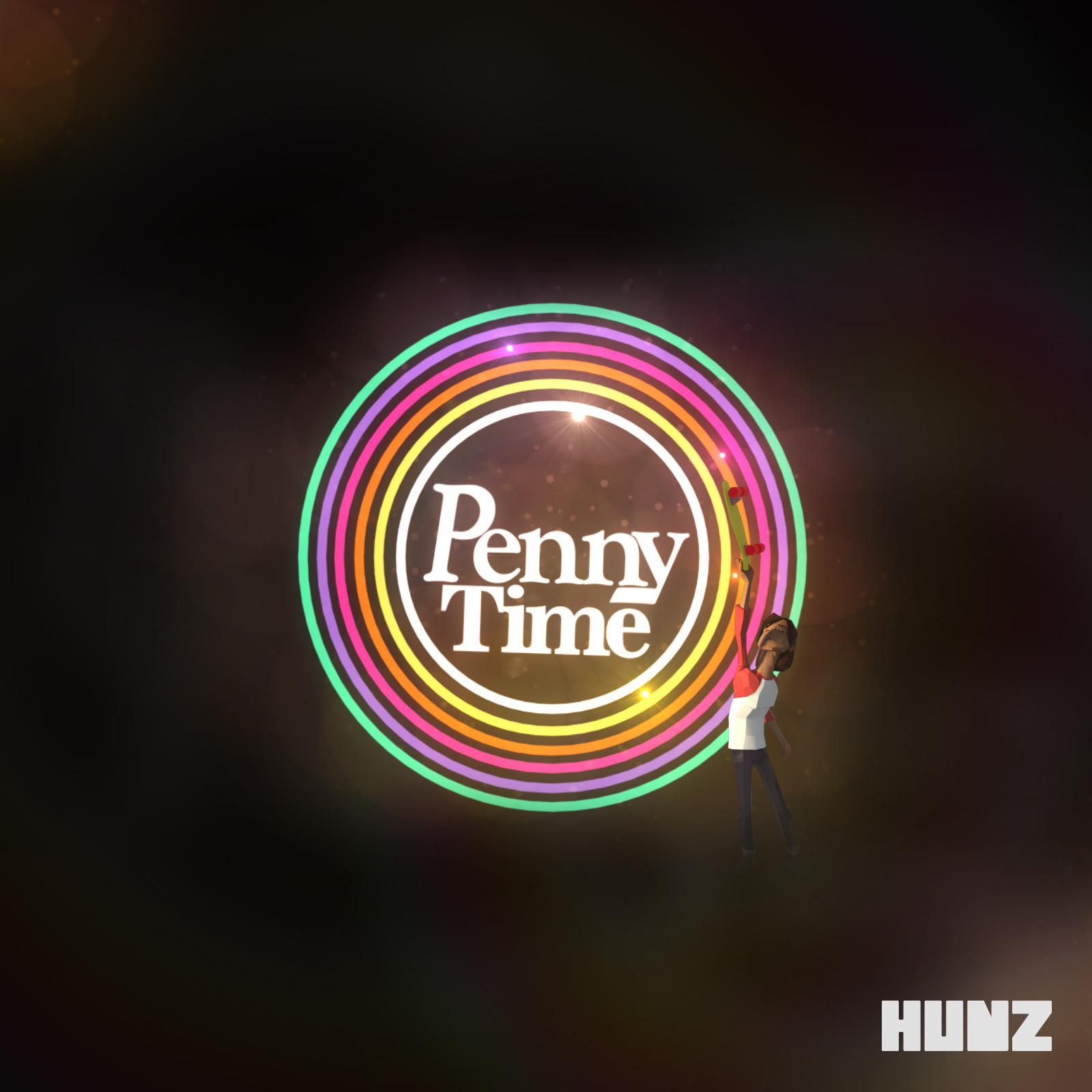