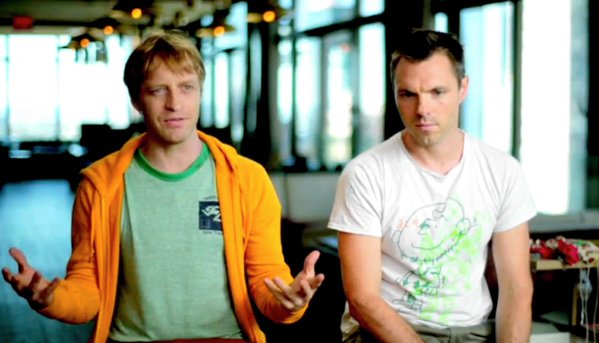 Watch the interview and clips from London Roundhouse performance

Last Call interviewed the two Brians, discussing lyrics, wearing masks, and playing packed-out gigs. Plus see footage of Lightning Bolt’s wild performance at the Roundhouse in London from earlier this year. The duo’s newest album Fantasy Empire, was released in March to universal acclaim from press outlets and has since sold through multiple vinyl pressings, appeared on the Billboard Heatseekers chart, and seen the highest streamed songs of the band’s career.

Watch the interview from the show below:
http://www.nbc.com/last-call-with-carson-daly/video/lightning-bolt/2932648

Over the course of Lightning Bolt’s two-decade existence, they have revolutionised the rock scene in immeasurable ways. The duo broke the barrier between the stage and audience by setting themselves up on the floor in the midst of the crowd. Their momentous and chaotic live performances, and the mania they inspired has paved the way for similar acts.

Lightning Bolt will be playing a gig venue near you this month, with their brilliant brand of ferocious, all consuming hi-octane rock. Full list of dates can be viewed below, with support from the excellent Dan Friel for the majority of the tour. Check out Friel’s new album “Life“, which SPIN called “Astounding“. 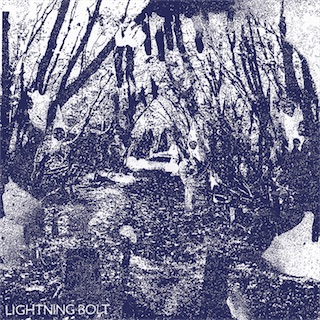 Tracklist:
1. The Metal East
2. Over The River And Through The Woods
3. Horsepower
4. King Of My World
5. Mythmaster
6. Runaway Train
7. Leave The Lantern Lit
8. Dream Genie
9. Snow White (& The 7 Dwarves Fans)