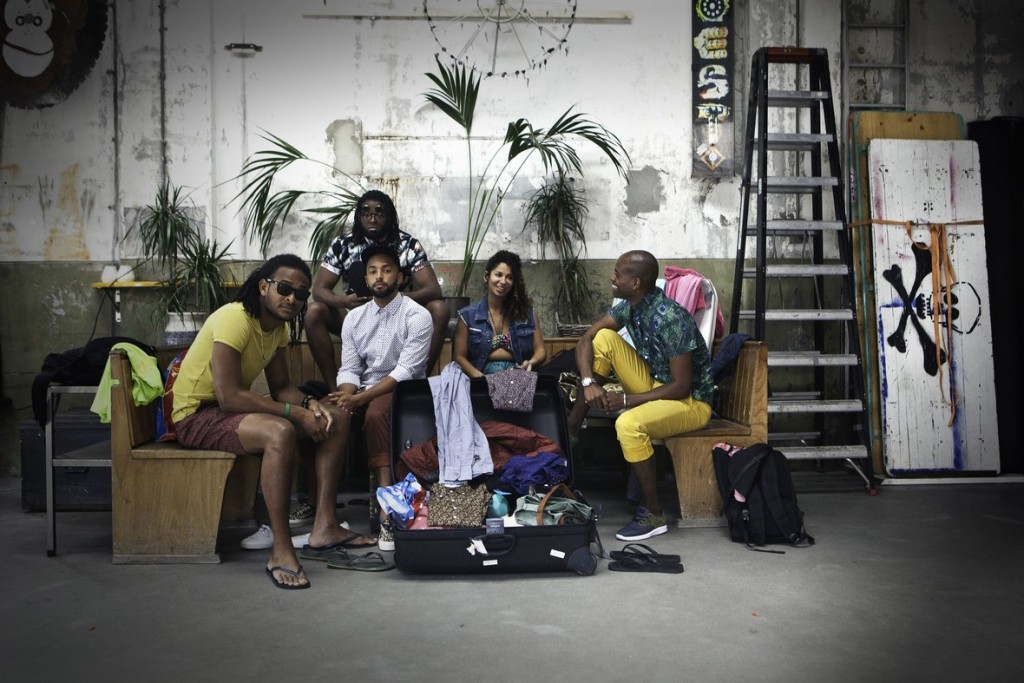 Kuenta i Tambu’s music began long ago and far away. On Curaçao, an island in the Caribbean close to the coast of Venezuela, history remains very much alive. Originally home to the Arawak Indians, it was conquered by the Spanish in 1499 and became Dutch in 1634. But in many ways it’s almost an outpost of Africa, a first stop for slave ships on their journey to South America, and the influence of another continent is still powerful. For centuries, the people have celebrated with drums and singing, styles like seú, muzik di zumbi (music of the spirits), and above all, tambú.

When Roël Calister, a Curaçao-born percussionist who moved to the Netherlands, began his career, it was with the traditional music of his homeland, everything he’d learned as he grew up.

The band’s latest EP, Muchu Danki, continues to match rhythms to blunt electronics, relentless, innovative and blessed with incredible energy. The quintet is able to display a diversity to their sound ranging from tracks such as ‘Where To Go’ which is a laid back carnival groove and‘Peace Of Mind’ billowing cross-currents between old and new. One thing, however, is certain: their energetic percussion is guaranteed to see some shapes on the dance floor and their hypnotizing beat is impossible to shake.

Live, Kuenta i Tambu are a non-stop Carnival, a riot of beats and rhythms that take the audience deep into the Caribbean. Above all, though, it’s obvious that the musicians enjoy playing the music and the live percussion thunders through the air.

Here are Kuenta i Tambu’s tour dates next month: