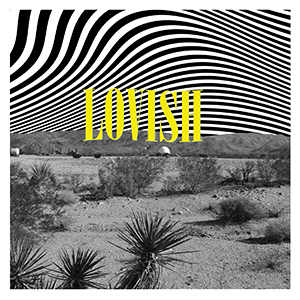 Library Voices
Lovish
New Album coming out worldwide
on 6 November via Nevado Music.
“… leaning on well-edited art school essentials, from restrained flourishes of unadorned guitars to playful keyboards and cutesy boy-girl vocals.” – SPIN Magazine
“Library Voices may well appeal to indie music fans with a taste for the lighthearted, and, of course, hip bookworms who can appreciate the group’s eclectic assortment of literary shout-outs.” – The New Yorker
Regina-based Library Voices is a congregation of childhood friends who grew up on a steady diet of basement shows, science fiction, and mid-west sincerity.
Their self-produced third collective effort ‘Lovish’ was recorded in an old funeral home. The album was mixed byDave Plowman and Alex Bonenfant (METZ, Crystal Castles, July Talk).
There was an extended period of time where it looked like ‘Lovish’ would never see the light of day. After months of endless touring and exhaustion, the band returned home and decided they needed some space.
Fast-forward twenty-four months. Soon after Library Voices regrouped to begin writing what would become ‘Lovish’, singer/guitarist Carl Johnson was jumped, beaten, and left unconscious in the street in a random act of violence. The attack resulted in blood pooling on the front of his brain, a severe concussion, an inability to smell bad odours, and a long road to recovery.
For a few months, it remained uncertain whether he would be able to continue writing and performing music. Johnson contributed 7 songs to the album, although he still can’t detect foul scents. The remaining four tracks, including the first single Oh Donna and the miserabilist anthem Sunburnt In LA, are fronted by Brennan Ross.
The band, who once printed “Pop As Fuck” t-shirts, have upped the fuzz and fidelity on ‘Lovish’. The 11 song affair opens with the line “All of your heroes, they’re all assholes/but that don’t mean you should piss on your dreams”and then embarks on an anthemic 40-minute alternative rock extravaganza. The spit and hiss of an old Space Echo and a busted up tape machine runs throughout this brilliant guitar-driven album.
‘Lovish’ is available on 6 November via Nevado Records.
Library Voices will tour internationally throughout the fall of 2015 and winter of 2016.
Website: http://www.libraryvoices.com
Facebook: http://www.facebook.com/libraryvoices
Twitter: http://twitter.com/libraryvoices