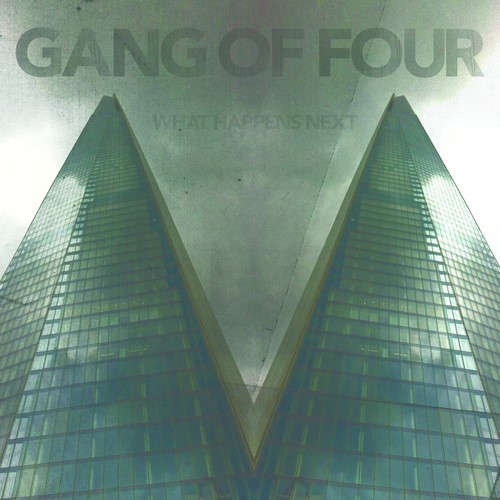 New Album – What Happens Next – Out Now

It’s to Gill’s credit that the band have retained their venom, spitting out terse rhythms and thick squirts of electronica Classic Rock 8/10

By the sounds of this, their ninth studio, they’ve lost none of their political vim Esquire Magazine

Gang of Four have announced a London headline show at Islington Assembly Hall on November 6 2015. The announcement comes alongside a new video for ‘The Dying Rays’ (featuring guest vocalist, German actor & musician Herbert Grönemeyer), taken from Gang of Four’s acclaimed ninth studio album, What Happens Next (out now through Membran Records). The London show (following a sold-out Oslo Hackney headline earlier this year) sits alongside an intimate Manchester date at Salford’s Islington Mill on November 5, and a slot on the Closing Party bill for Liverpool Music Week on October 31 (alongside Deerhunter and SOAK), for which the band are cutting short the tail-end of a sizeable 25 date U.S. tour.

Founding guitarist and songwriter Andy Gill has constructed a new Gang of Four for What Happens Next:  John “Gaoler” Sterry on vocals, Thomas McNiece on bass and Jonny Finnigan on drums (although previous drummer Mark Heaney also features). On Gill’s first album without singer Jon King, Sterry is joined on vocal duties by Alison Mosshart (The Kills, The Dead Weather), Gail Ann Dorsey, Robbie Furze (The Big Pink), and Grönemeyer. What Happens Next contains the intellectual muscle you would expect, but this plenitude of international voices also makes it Gang of Four’s most richly emotional album yet.

Gang of Four initially existed, with various personnel changes, between 1977 and 1983. Their debut albumEntertainment! – voted in Pitchfork’s top ten albums of the 70s, equally beloved by the likes of R.E.M., Red Hot Chili Peppers, Nirvana  and LCD Soundsystem- felt like a blast of ice-cold water, both in form and content. Gill and King made two more albums in the 90s and another in 2011, Content. When King left the project, a reinvigorated Gill seized the opportunity to reimagine Gang of Four from the ground up- after all, he was – as guitarist, composer, producer and lyric writer – still the band’s driving force.

With a tough, uncompromising new sound, Andy Gill has constructed a new entity for exploring enduring fascinations, making What Happens Next Gang of Four’s boldest, most self-interrogating album sinceEntertainment!. As ever, Gang of Four takes nothing for granted.