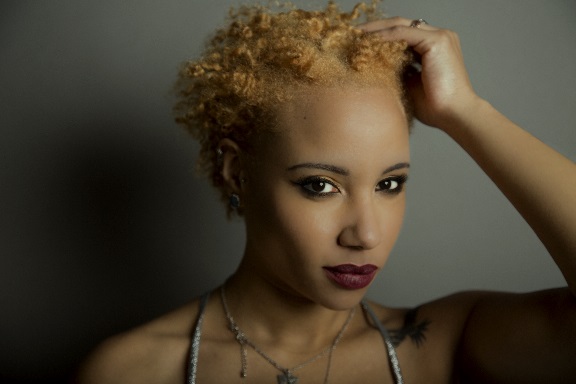 ‘the humane intersecting with the machine’ – Clash

Following the success of her recent ‘Black and White’ EP, whose title track has seen acclaim from The Sunday Times, gifted songstress Natalie Duncan returns with her new single, ‘Kingston‘, released on 24th July.

Having departed from the style which saw her give a stunning piano-driven performance on ‘Later With…Jools Holland’ in 2012, Natalie has continued to experiment with more contemporary modes of songwriting that create a similar vibe to that of artists such asFKA Twigs and Kelela.

Having previously drawn comparisons to Joni Mitchell, Nina Simone and Radiohead, Natalie’s sound has developed radically since the release of her debut album ‘Devil in Me’, which garnered praise from publications such as Q Magazine and MOJO. Yetexperimentation has always been at the focus of her songwriting approach, with The Sunday Times noting her ability to leap‘stylistically from Chopin to Scott Joplin, or Michel Legrand to Portishead, in the space of just one song’.
Natalie’s broad appeal has already seen her win fans from the electronic scene in the form of SBTV and RWD magazine, solidifying her as a sought-after collaborator for the likes of Goldie and Magnetic Man.
Meanwhile, her recent collaboration with the prolific DJ Q, who provided a stomping bass-heavy remix to ‘Black and White’ EP cut ‘Oh My God’, received an exclusive first play on Mistajam’s BBC 1Xtra show and premiered online via Complex UK.
A captivating live performer, Natalie will be playing a number of dates across the capital this summer, including 1st August atHootenanny Brixton and 6th August at Cargo in Shoreditch. Armed with a flawless voice and a forward-thinking sound that demonstrates a growing sense of maturity, and with further new material in the pipeline, Natalie’s talents seem to have no bounds.
iTUNES PURCHASE LINK: https://itunes.apple.com/gb/album/kingston-single/id1020698274