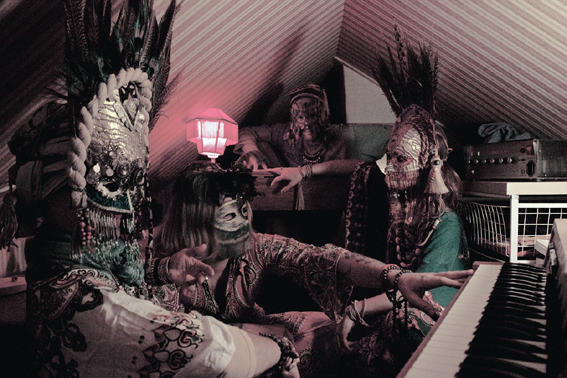 After their spectacular performance at Glastonbury last week, Goat return with a brand new single, “It’s Time For Fun”. This is Goat’s first new music since the critically acclaimed second album Commune, which was released last September.

Goat performed the single in their Glastonbury set which you can watch in full HERE.

The winter months following the release of Commune saw the band return to their village of Korpilombolo in Sweden to start anew on fresh material, and this two-track single collects the first fruits of this work.  However, these two songs were not recorded in their native land – instead Goat decided to hit the studio on a recent excursion to the Americas. The A-side ‘It’s Time For Fun’ was recorded in New York, whilst B-side ‘Relax’ was committed to posterity in Sao Paolo.

New York seems a fitting location for the recording of ‘It’s Time For Fun’ as the spirit of ESG and early ‘80s No Wave runs through the skittering drum machines, dubby basslines, fuzzy synth and the haunted chants of the vocals.

Its flip-side ‘Relax’ mainlines a similar vibe, yet this reflective instrumental marries ‘Future Days’ like drum machine, tribal percussion, grooved-out bass and a fan-driven organ solo that gyrates elegantly in a manner akin to a North African Heldon or Fripp & Eno.

A hectic and hedonistic summer of rituals and revelations lies ahead of Goat, as well as recording their third album for Rocket, they’ll be bringing their legendarily earth-shaking live show to a plethora of festivals:

“It’s Time For Fun” will be released as a limited edition 7″ and digital on 7th August 2015 via Rocket Recordings (and Stranded Records in Scandinavia.  In the US, it will be released on September 25th on Sub Pop).  The sleeve for each label’s release is different, so fans can collect the set! 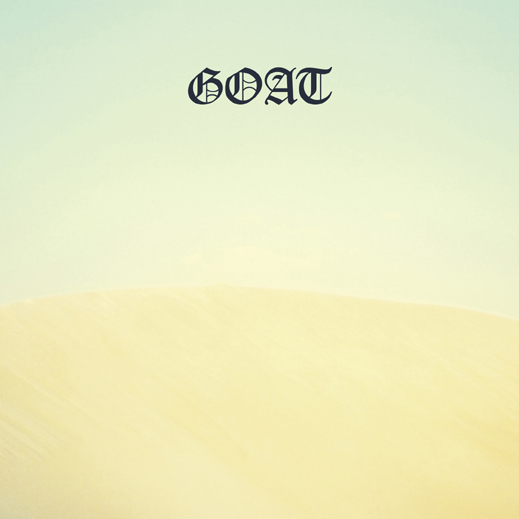