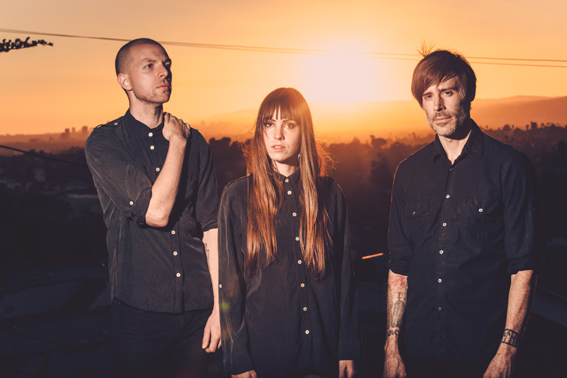 Marriages are set to release their debut full-length, Salome, and it is a MASSIVE leap forward — from Red Sparowes, from Kitsune, from Some Heavy Ocean. It’s the best thing any of these guys has ever been involved with, and one of my favorite albums of early 2015.” – Stereogum

“One might compare the sound to PJ Harvey teaming up with Tool in 1995 to cover Mazzy Star – but you should skip comparison entirely as Marriages isn’t quite like anything else.” –ALARM

Los Angeles’s Marriages have premiered another song from their new full-length album,Salome.  Titled “Less Than”, this is the second track to surface from the forthcoming release and it can be heard now via Consequence of Sound and Soundcloud in advance of the album’s April 7th release date.  Additionally, Marriages have just announced a European tour in April supporting Sargent House label mates, Wovenhand, and a full listing of shows can be found below.

Upon listening to Salome, the first thing one notices is its sense of space. Like pulling open a dark window shade mid-flight, we’re abruptly presented with a crystalline brightness setting the tone from the outset, signifying an evolution from the somewhat insular buzz of 2012 debut EP, Kitsune. The second thing is that, unlike the stream-of-consciousness approach which found each track on Kitsune nebulously flowing into the next, Salome is comprised of concise songs, each one a light that flickers into existence, burns with magnificent intensity, and then expires.

Marriages began in 2011 as a collaborative effort between former Red Sparowes members Emma Ruth Rundle (guitar, vocals) and Greg Burns (bass, keyboards). Showcasing Rundle’s exceptional playing more vividly than the dense architecture of the Sparowes could allow, Marriages’ departure from purely instrumental rock, too, helped bring her to the forefront, revealing a voice equally fragile and ferocious. Enlisting Sparowes drummer Dave Clifford, they recorded Kitsune, released on Sargent House in 2012. Subsequent touring with Russian Circles, Deafheaven and others honed their vision while introducing the band to a broad cross-section of heavy music fans. Full time drummer Andrew Clinco completed the equation in late 2012, the final component in Marriages’ frequently epic postpunk-by-way-of-stoner-rock sound. While the group busied themselves writing the songs that would become Salome, Rundle issued solo album Some Heavy Ocean in early 2014, earning praise from the likes of Pitchfork, NPR, etc. Promoting that record found her touring the US as direct support to King Buzzo of The Melvins, immediately after which Marriages set out on tour once more, this time with the legendary Boris.

More songs and information regarding Marriages’ Salome surfacing soon.  For now, keep up with the band on Facebook, Twitter, Tumblr and Instagram and look for Salome on April 7th via Sargent House.

Listen to “Skin”, the first track to surface from Marriages’ debut full-length album Salome, now on Stereogum and via Soundcloud. 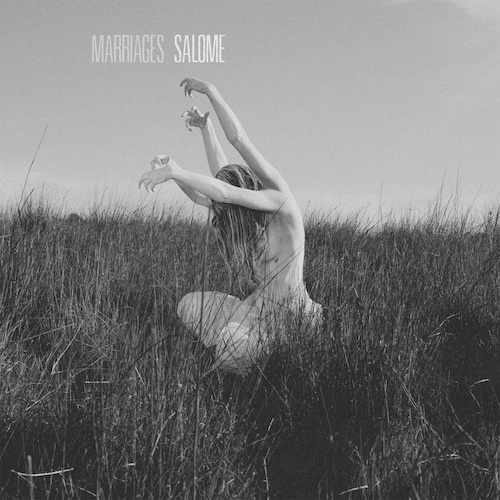