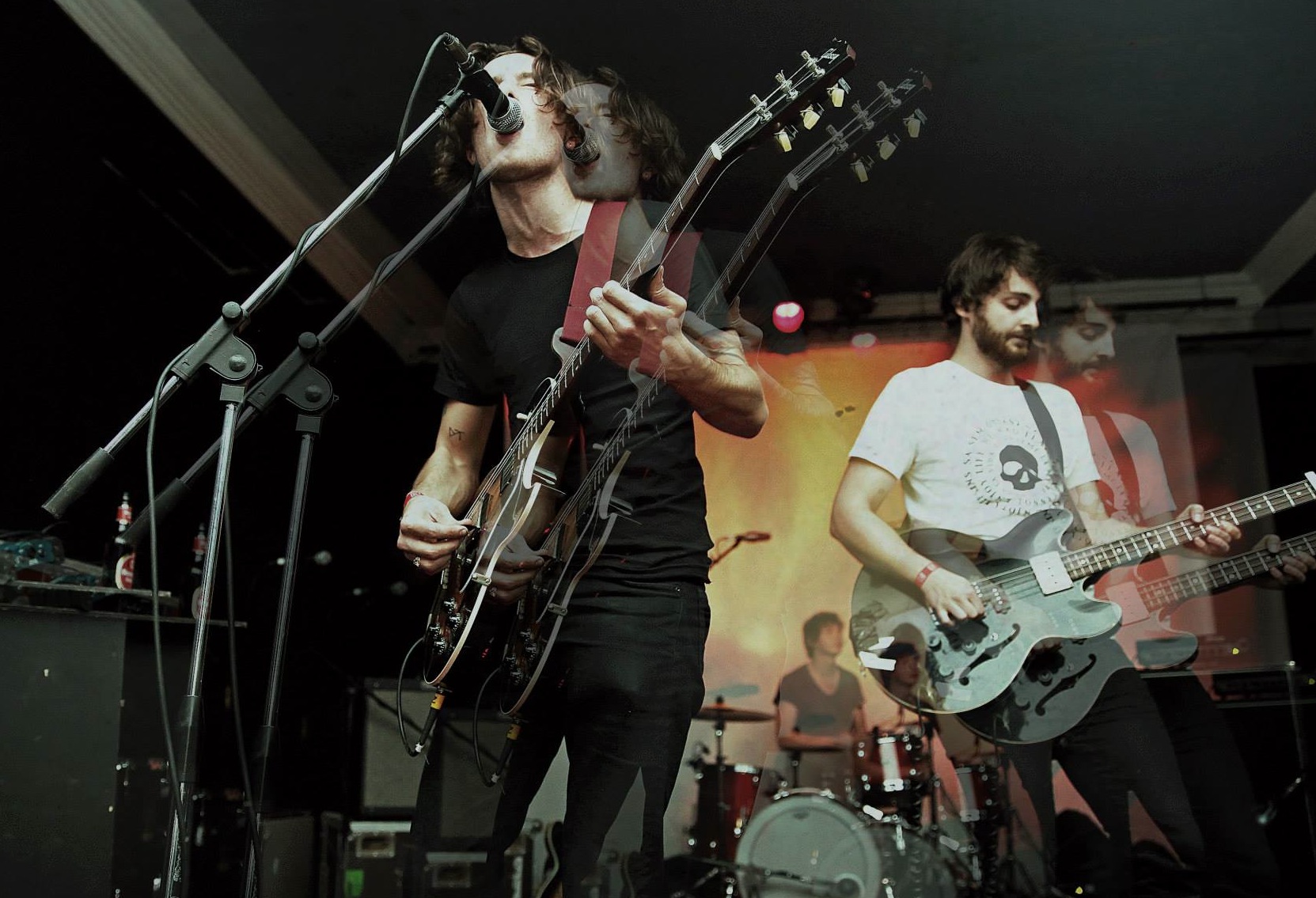 Formed in late 2012 and playing early dates in and around the capital with like-minded sonic adventurers such as Damo Suzuki, The Cult of Dom Keller, The Lucid Dream, Wall of Death and The Telescopes, DMT recorded their debut EP in early 2014. Mastered by Brett Orrison of The Black Angels, it was self-released in April on 12”/download. Videos have been made for all four tracks, which can be seen here: https://www.youtube.com/results?search_query=desert+mountain+tribe

“This is a strong start for Desert Mountain Tribe. They stand out from their psych counterparts in that they refer back to a more classicist stance and this might just work for them.” ECHOES AND DUST

“Pacier than your average psych band, with a driving drum beat and distinctive arrangements that take influences from a far wider source. Taking what they [have] found in psych music and driving it with a more conscious energy, influences of rock and even Brit Pop are clear, and brilliantly interwoven.” 1883 MAGAZINE

Songs from the EP received airplay on BBC 6Music, while it was also made Single of the Week by Artrocker magazine. Its release was followed by headlining shows and a well received support slot in London with Wovenhand. The summer months saw further new recordings made, while plans were also hatched for DMT’s first foray into mainland Europe, which occurred in October with a number of dates in Scandinavia, the Benelux and the Baltic states.

The first fruit of the summer recording sessions is ‘Way Down’, which can be heard and seen here:

Further new songs will be released individually over the winter months ahead of an official 2nd EP in early 2015. Meanwhile, the band will play their next London show on 12th November, which is Upstairs at The Garage in HIghbury & Islington. Also on the bill are Saint Agnes, The Revolutionary Spirit and special guests Dans Dans.