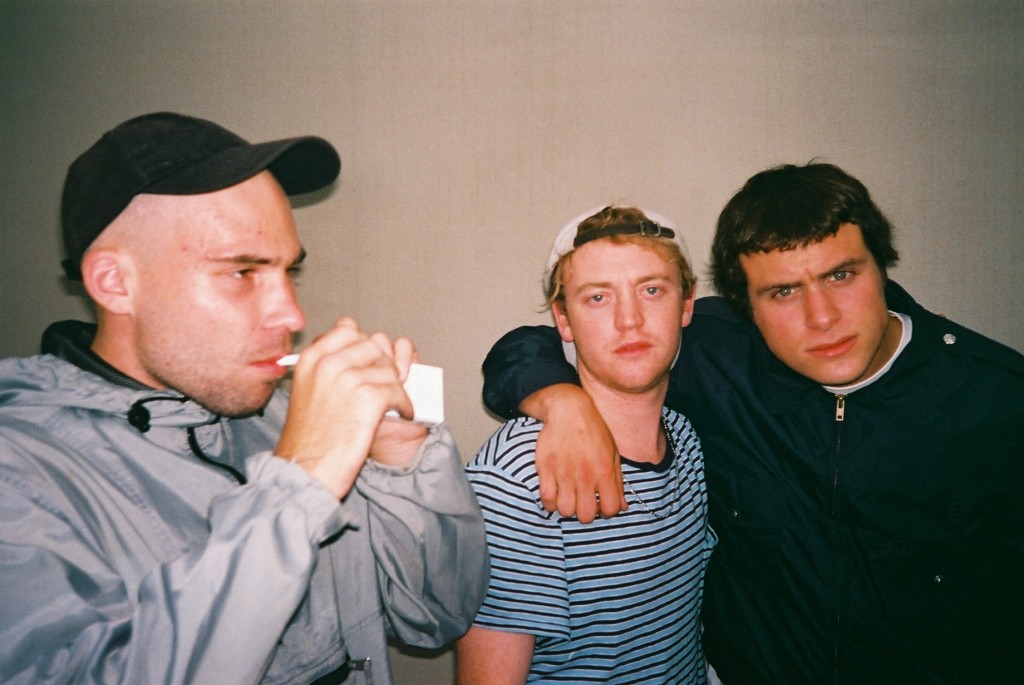 NME “Boasts that Mancunian spirit, but blends it with an Antipodean sheen of fizzing garage-pop”

With rolling melody and crack-of-dawn swagger, So We Know emerges on a hazy ‘morning after the night before’. DMA’s new single and debut UK release on Partisan Records, out November 17th with AA side Laced.

They write proper songs do DMA’s, all cracked vocals and burnished melodies, delivered with the honesty of the fallen and skewered by their own fallibility. Empowered by the carpe diem spirit of rock’n’roll, DMA’s are Australia’s unlikely lads. Tommy, Mason and Johnny, are three friends from Newtown, on the fringes of south Sydney.  Since releasing their debut single Delete in February this year, they’ve been selling tickets by the bucket load Down Under, performed to a packed GW McLennan Tent at Splendour in the Grass and been championed in the UK by the  NME.

On the 14th of November, Partisan Records will release their debut AA side single So We Know /  Laced. Released in the US on Mermaid Avenue/Mom & Pop Records (Wavves, Smith Westerns, FIDLAR, Sleigh Bells) and in Australia on I OH YOU.

US and European dates to be TBA, plus showcase dates at the CMJ Music Marathon 2014.