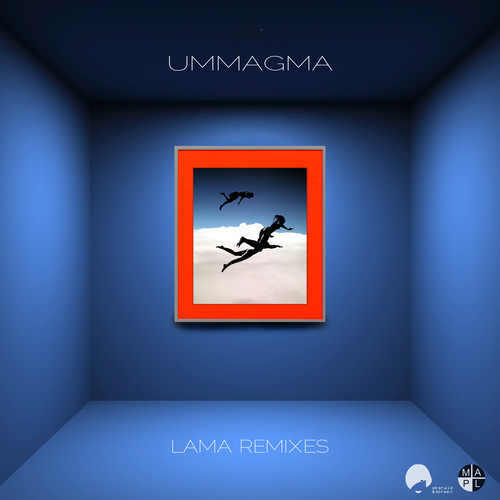 On the trail of their double A-side single Rotation, dreampop shoegaze darlings Ummagma celebrate their ethereal Stereolab-MBV-spirited uber-song ‘Lama’ with a mind-expanding package of eclectic remixes on Emerald & Doreen Records. This LP features an international roster of producers and artists, most of whom you might not directly connect to genres like noise rock or dreampop. Apart from their own roots in Canada and Ukraine, this Ummagma LP is a creative force uniting sonic satellites from Italy, Sweden, Germany, Brazil and Russia. All remixers contribute their own wavelengths and energy to create new versions of this great song.

Ummagma began in 2003 when Alexx (Ukrainian) and Shauna (Canadian) met at a concert in Moscow. Since then, they have been blending their love of synthpop, alternative rock and electronica to create deliciously diverse, dreamy music, loaded with positivity, simultaneously ‘debuting’ with 2 LPs (‘Antigravity‘ and ‘Ummagma‘) in 2012.

In 2013, Ummagma won the Alternative Eurovision hosted by Amazing Radio, representing Ukraine from 21 countries, and picked up 2 awards at the Australian Independent Music Video Awards (including best international pop video), not to mention a full-page spread in Rolling Stone Russia.