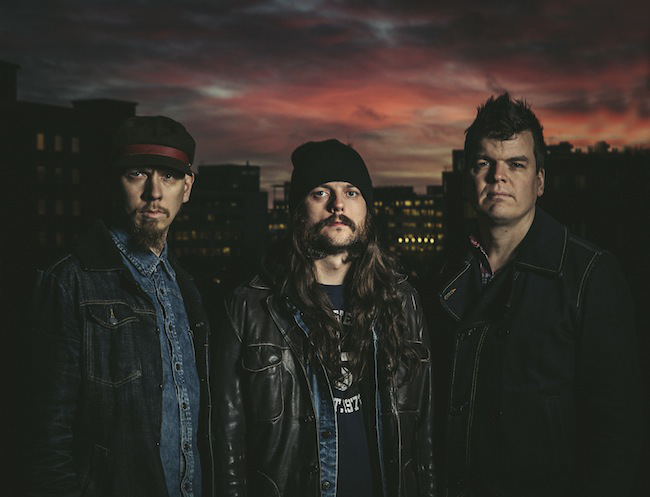 Following on from the premiere of the LP’s title track last December via Roadburn, Sweden’s psychedelic doom band Monolord release their first full length Empress Rising via Easy Rider Records this April. The five-song album clocks in at almost fifty minutes of skull crushing heavy grooves and guitars that summon the spirits of Norse gods when played at volume.

Originally formed as a side project in 2013, Monolord is made up of Swedish rockers Thomas Jäger, Esben Willems and Mika Häkki. Born out of the Swedish boogie band Marulk as a means to make heavier, more psychedelic sounds, founding members Jäger and Willems added Häkki (The Don Darlings, ex-Rotten Sound) to their line-up and realised instantly that they had something very special. Recording commenced in early 2013 and in no time at all the LP was picked up by EasyRider Records, one of the newest and most passionate purveyors of heavy doom, metal and rock’n’roll.

Monolord however is for more than just doom-metal fanatics and this epic record will satisfy all fans of guitar driven rock, stoner and monolithic riffs. With all the flavours of an iconic doom classic Empress Rising follows in the footsteps of Sleep’s Holy Mountain, Pallbearer’s Sorrow and Extinction and Electric Wizard’s Witchcult Today with melodic vocals and harmonies that are as mind bending as they are anthemic.

Already touted by some as one of the year’s most highly anticipated doom debuts this is a shot of pure hellfire, unrestrained from first to last.

EasyRider Records
Formed in 2013 out of the sleepy beach town of Hermosa Beach, Los Angeles, EasyRider Records is dedicated to unearthing the finest in heavy psych, doom, stoner and heavy rock. Products include limited edition runs of vinyl and cassettes with creative packaging and the label has ten bands currently signed to its roster; Salem’s Pot, Slow Season, Red Desert, Albino Python, Sons of Huns, Black Prism, Old Man’s Will (US only), Monolord, Shooting Guns and Spiral Shades. EasyRider Records has also secured the exclusive rights to cassette releases by Sleep, Witchcraft, Kadavar, Graveyard, Valfader, FUZZ and Orchid with more titles to come.