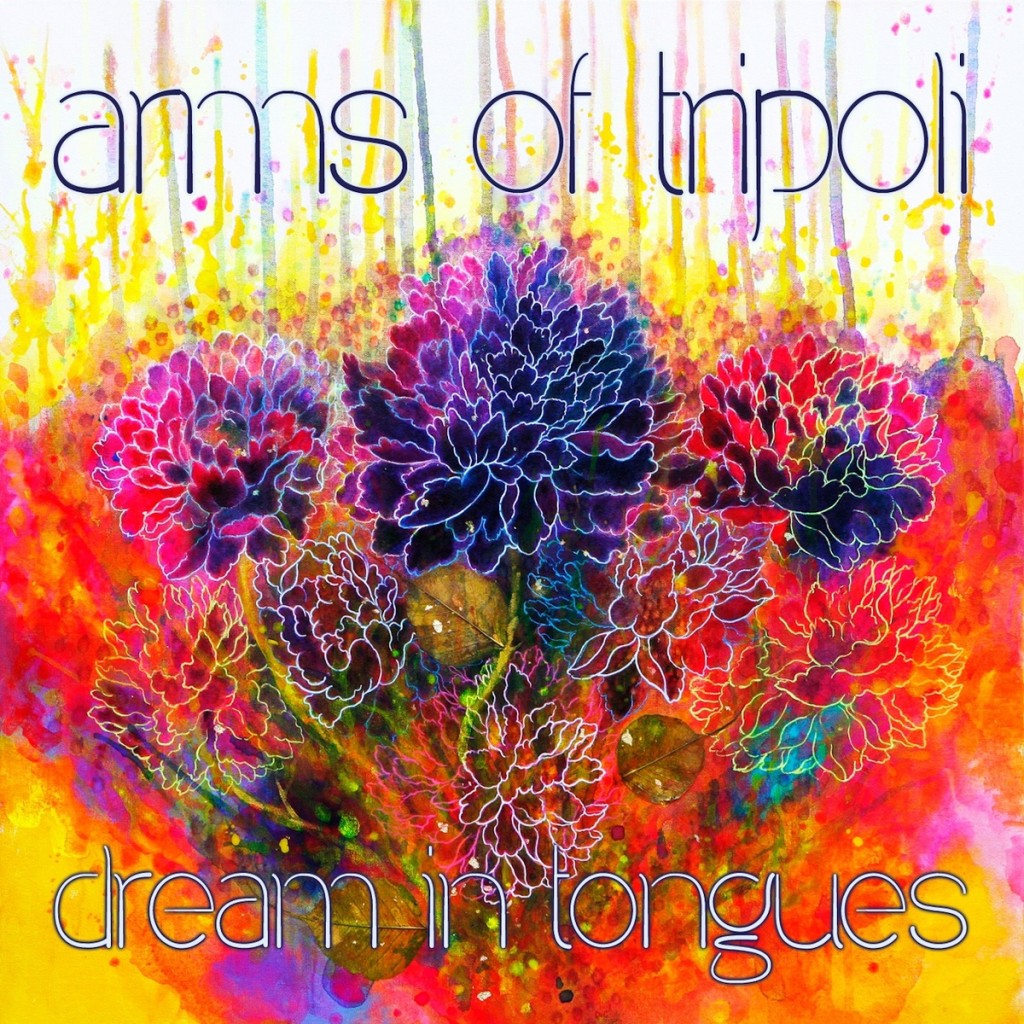 Based out of Los Angeles, CA and originally formed in July of 2011, Arms of Tripoli continues to be an ever-evolving and post-rock band. After parting ways with longtime friend Brian Vasallo (Signal Hill) in late 2012, the remaining core, consisting of Michael Bouvet, Robert Bauwens and Jaime Galvez, welcomed the arrival of George Tseng on drums and recent Buffalo, NY transplant, Vic Lazar. George had worked mixing and mastering on the previous EP release “All the Fallen Embers” and was formerly a bandmate with Michael in “The Half Mantis Group.” The addition of his full time drumming in Arms of Tripoli was a logical step for the band. Vic having recently moved to the Los Angeles area, auditioned for the group in December of 2012 and they all instantly developed a camaraderie. The quintet immediately found natural chemistry and started working on new material that would eventually become “Dream in Tongues,” the highly anticipated AOT full length follow up album.

Since its humble beginnings, AOT has pioneered the art of instrumental rock, utilizing a non-conventional format to creating innovative and timeless sounding indie rock music. Not easily pigeonholed, Arms of Tripoli has often been dubbed post-rock and math-rock, due to their progressive tendencies and dynamic and layered sound. Using some standard rock fare such as guitar, bass and drums along with the addition of less-typical rock instrumentation, such as Vibraphone, Rhodes and Omni-chord, AOT has been able to stand out amongst the sea of post-rock and carve out a niche all its own. At the heart of their sound is well written songs with very catchy melodies, at times melancholy and often cinematic while being free of over indulgence.

Following the 2012 line up revision, Arms of Tripoli has played regularly in the greater Los Angeles area, having garnered opening slots for the likes of Maserati, Felix Martin and Glaciers and earning the respect of the LA indie and post-rock community. Set to release its first official full-length album entitled “Dream in tongues” on Fluttery in 2014, Arms of Tripoli also has goals to take to the road, hoping to extend its reach regionally. The newer direction of AOT’s sound reflects a maturity and a willingness to experiment and push their sonic envelope into new and exciting territories.

Arms of Tripoli first full length album is nothing short of a spectacular sonic great album, characterized by layer upon layer of dream guitars, spread out like a deep field panoramic picture from the Hubble telescope. With this album, the band pushes the boundaries of not only the margins they set for themselves with their debut EP (All the Fallen Embers), but of the instrumental music genres in which they are often classified as well. Again the band collaborated with fellow musicians who lent their own interpretation and vision of the songs to the recording, helping to further shape and structure the overall album.

Dream in Tongues is a unique representation of the evolution of the band in both its musical style and composition techniques. The individual musical idiosyncrasies of each member, along with the additional musical collaborators, all mesh thoroughly into a refreshingly modern approach to the post-rock genre, resulting in an aural delight that is sure to enchant and captivate.

The album is due for release 21st February 2014 available for pre-order now via Fluttery Records.