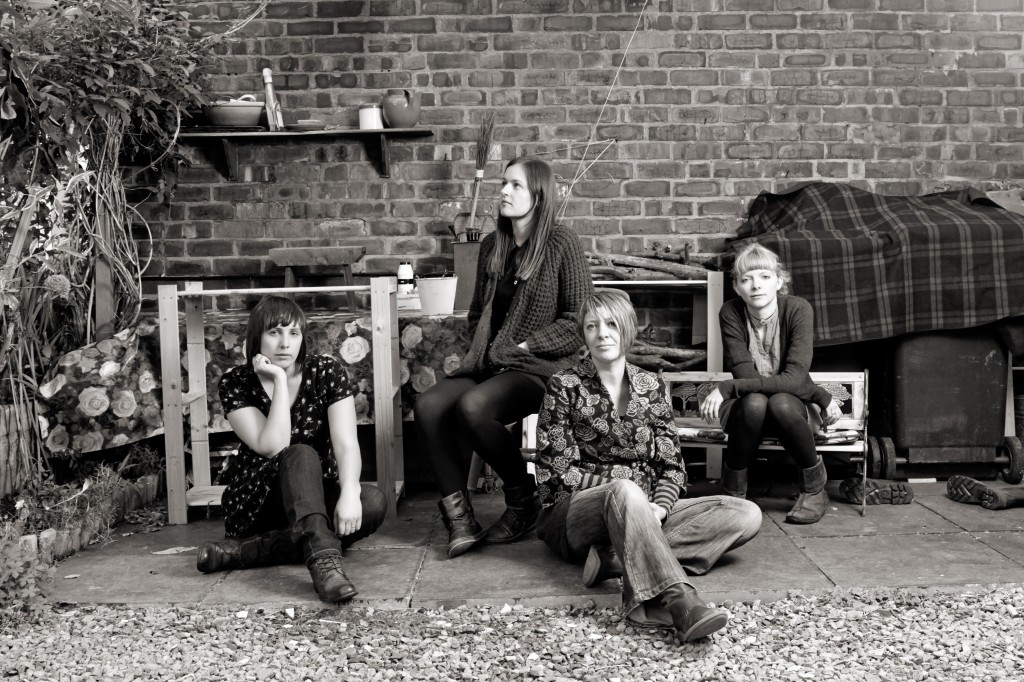 Following on from their recent success at the Glastonbury Emerging Talent Competition, Bridie Jackson & The Arbour announce the release of their new single, ‘Prolong’, on Debt Records.

‘Prolong’ follows in the footsteps of its acclaimed predecessor ‘Scarecrow’; haunting, ethereal and utterly tender. It’s a track that will surely add to the long list of tastemakers quickly falling in love with a band who are unequivocally unique.

“If we were to die tomorrow we’d be happy to pass away with the knowledge that we’d had the pleasure to witness Bridie’s voice live, a thing of subtle yet powerful loveliness. Did we melt a little? No, not just a little – completely” Breaking More Waves

“They were quite unlike anyone else playing on the night and with an inspired harmony-led sound it was a pleasure to watch them play.” Nick Dewey

“Original and Magical” Consequence of Sound

“Forget the Strolling Bones, Mumford & Sons and the Arctic Monkeys, Bridie Jackson & The Arbour are the band to see at Glastonbury this year!” The Devil has the Best Tuna

Out of the 8000 bands that applied to enter The Glastonbury Emerging Talent Final in April, Bridie Jackson & The Arbour came up trumps and performed at the Acoustic and Avalon Stages at this year’s Festival drawing in the plaudits of many.

Winning the competition only accelerated the momentum that releasing Scarecrow had generated, fuelling the rapidly increasing number of tastemakers, national press and radio, and industry becoming enamoured with the band. Now, Prolong’s time-stopping, warm and wonderful sunlit soundscape looks set to emphatically connect with the public this summer and will indubitably secure Bridie Jackson & the Arbour’s status as one of the key bands to watch out for this year.

Sitting “somewhere between the lushness of Norah Jones and the quirkiness of Joanna Newsom”, Bridie Jackson & The Arbour’s music is simultaneously beautiful, ethereal, dark and powerful.

Recently revealed as winners of the 2013 Glastonbury Emerging Talent Competition, they are “the kind of beguiling, affable folk band whose sound feels so natural and inviting you wonder why your first listen wasn’t so much sooner”.

With their sparse instrumentation, intriguing vocal harmonies, and influences as diverse as gospel, Baroque and flamenco; the Newcastle-based quartet are frequently proclaimed to be completely unique.

They released their début album in January 2012, with a sell-out show at The Sage Gateshead and have since gained national recognition, with radio play on BBC 2, 3, and 6Music, and performing live sessions for Dermot O’Leary and Loose Ends.