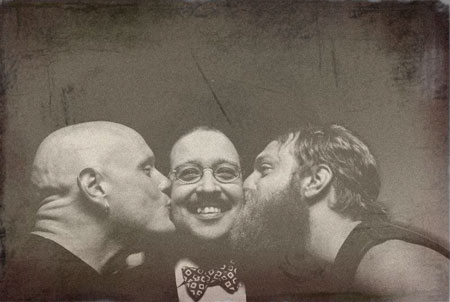 Good to Die Records are thrilled beyond all measure to announce the release of Hold Me…But Not So Tight the new album by power trio Gaytheist. Set for a worldwide release on May 21st – on vinyl, of course – the new full-length finds the three-piece staying the course with an abundance of punchy riffage, huge drums, and Jason Rivera’s arch, limp-wristed take on life and love.

Gaytheist recorded Hold Me… in a whirlwind session earlier this year at Interlace Audio with Stealth Beats producer Stephan Hawkes. Don’t let the brevity of their efforts give the impression that the album will sound rushed and half-assed. Rather, it’s a testament to the tight musicianship between front man and guitarist Jason Rivera and his crack rhythm section Nickolis Parks (drums) and Tim Hoff (bass). Gaytheist is as lean and mean as ever on these 12 songs. 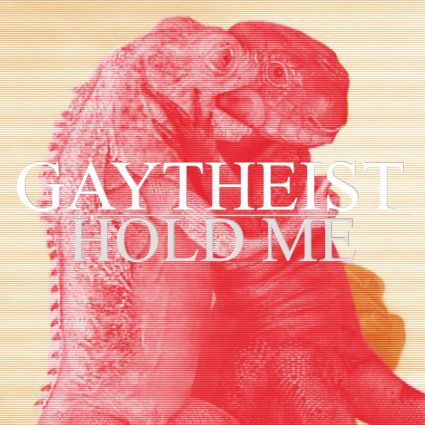 You want a piece of the action? Of course you do. Gaytheist have unleashed lead single “MANhattan” on their Bandcamp page as part of a digital single to keep the appetites of their fans good and whetted.

“Your mom, your daddy, and that one person you like from the grocery store?
They’re all gaytheists. Oh, and you are too for that matter.”
-Vice Magazine

“Armed with a rumbling low end, spasming drums, concrete slabs of guitar and
darkly hysterical lyrics expressing a general disdain for humanity, the group has
actually been cattle-prodding the underbelly of the local music scene.”
-Willamette Week

“Jason Rivera might be the most sharply dressed man ever to front a band
capable of leveling a city block.”
-The Portland Mercury

“They are the musical version of Shark Week, a super predator hidden by deceptively
calm waters.”
-About.com Guide

“Jesus, Gaytheist. You’ve rendered me speechless…some of the most creative
shred I’ve ever heard out of Portland.”
-The Seattle Passive-Aggressive

“Jesus fuck a walrus, this band is amazing.”
-American Aftermath