ON AN ON PREMIERE DEBUT ALBUM GIVE IN –

STREAMING IN FULL THIS WEEK AT HYPE MACHINE

GIVE IN OUT JANUARY 29 VIA ROLL CALL RECORDS

ON TOUR NOW WITH GEOGRAPHER

UK/EUROPEAN TOUR AND SXSW IN FEBRUARY AND MARCH 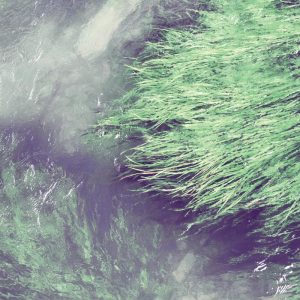 “The trio’s blend of organic and synthetic sounds is heartfelt,
warm and infectious (and maybe a little spooky)” – Brooklyn Vegan

ON AN ON will release their full-length debut Give In via Roll Call Records on January 29, but fans have a chance to hear the album all this week at Hype Machine where an advanced preview is streaming in full. Give In is also available for pre-order now with bonus content, including remixes and music videos via the band’s website (itsonanon.com) and on iTunes.

Stream the full album “Give In” all this week at  Hype Machine.

ON AN ON released their first track “Ghosts” online at the end of August 2012. The haunting honesty of the album opener to Give In connected immediately with music fans around the world, and by the end of October “Ghosts” had been streamed over 250,000 times. The word of mouth popularity was a phenomenal and encouraging feat for a band releasing their first recorded material to the public. As they approach the release of their debut album, ON AN ON are currently closing out tour dates with San Francisco’s Geographer. The Minneapolis/Chicago trio will play two headline shows in New York on February 6 and 7 before heading to the UK and Europe where their album is being released on the venerable City Slang Records. The band return to the states for shows at SXSW 2013 and further spring/summer tour dates TBA in the coming weeks.

Fans who pre-order album in Vinyl or CD format will receive a free download of bonus material including remixes from Yacht, The Hood Internet, Blackbird Blackbird, and Kid Color as well as the music videos for “Ghosts” and “The Hunter.” Fans will immediately receive downloads of the singles “Ghosts” and “The Hunter” as well. The album is also available for digital pre-order from iTunes in both standard and deluxe editions.

ON AN ON’s Nate Eiesland, Alissa Ricci, and Ryne Estwing have played music with one another in various capacities for the better part of a decade. The culmination of a long and precarious, but ultimately rewarding journey, Give In was recorded with producer Dave Newfeld, known for his work on Broken Social Scene’s seminal album You Forgot It In People as well as records from Super Furry Animals and Los Campesinos!