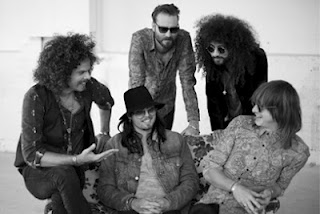 Grammy Award-winning Australian rockers Wolfmother have announced a special one-off performance at London’s indigO2 at the O2 this July. Andrew Stockdale brings his newly formed outfit for one pulsating night, performing tracks from their as yet untitled third album, as well as other classics such as ‘Joker And The Thief’, ‘Dimension’ and the mighty ‘Woman’. The band will be supported by Turbowolf, a four-piece rock outfit from Bristol who released their self-titled debut album last November.