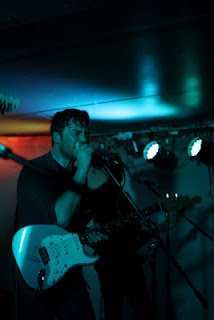 Back in January we announced and promoted that The Cast Of Cheers were heading out on a co-headline UK tour with Theme Park at the end of February. Since then we’ve featured the new single ‘Family’ and followed the band’s efforts throughout their tour.
Monday 5th March, Circuit Sweet had the delight in meeting  Dublin 4 Piece The Cast Of Cheers at The Louisiana, Bristol. Already 7 dates into their Nationwide tour; we met the 4 on their one date without the London based trio Theme Park when they headlined the venue joined with Casino Trap.
Before their gig we had the pleasure in sitting down backstage and chatting with the four that make up The Cast of Cheers which is featured in our exclusive interview streaming below. We had an intimate evening finding out how the band formed, the inspiration behind their debut album ‘Chariot’, their new single ‘Family’, their upcoming album release and what mischief they are getting up to whilst touring.
Watch the Exclusive Live Interview with The Cast of Cheers below- 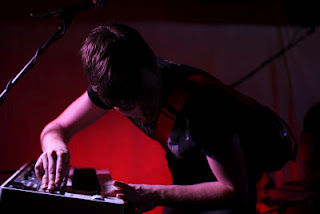 The Cast of Cheers consist of four incredibly talented men that manage to make their efforts look easy. Conor, Neil, John and Kevin all bounce from one- anothers capabilities. During their promising set, audacious musicianship and a blend of buoyant beats and harmonious riffs and looping throughout left the room in awe. Impressing those at the venue so much- what was the longest round of applause followed during their transition from one track to the next.
The fanatical dancing on stage became somewhat contagious, in fact during their live performances its impossible for anybody to keep still, as The Cast of Cheers can pride themselves on impetuous arrangements.
‘Family’- Live @ The Louisiana
The new material from the band taken from the forthcoming album release, proved a more mature and more experimental approach from the four.  Becoming comfortable with their new ventures; with stronger track formations, deeper lyrics and more daring and tentative explorations within their orchestrations.
This is a band with so much potential both live and in their recorded endeavours. Maintaining their lively and rhythmic persona throughout their live performance.  The Cast of Cheers are a band that can captivate their audience in any situation, connect with all and hold their own. It’s not surprising this is a big year for the four as slowly their hard work is paying off. 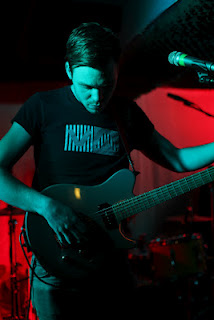 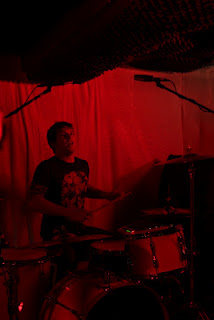 The band have also just announced the release info regarding their new album ‘Family’ set for release on June 18th on School Boy Error/ Cooperative Music. The four are also releasing their single ‘Animals’ April 23rd.
“Family” (produced by Luke Smith, ex of Clor) surely does not disappoint. As their rousing live shows have indicated, this band know their way around an aggressively infectious hook and riproaring 3 minute song, with tracks like the pummelling “Human Elevator” and the driving “Goose” – imagine an amped up Battles jamming with vintage Gang of Four and you’ll be somewhere close – demonstrating an impressive ability to write sharp, concise, math-rock tracks that pack a punch even as they are moving your hips.Which is not to say, however, that the band only have one note. The mid-tempo “Go Getter” is a lovely, warm-hearted mini-anthem in waiting, with lead singer Conor singing “you’re out of the thorns, you’re out of it now”, while “Marso Sava” is a tender love song recalling Simon and Garfunkel as much as it does a jittery XTC. Closer “They Call It a Race”, meanwhile sees the band in more wistful mode, with Conor asking “is anybody else losing heart tonight?” over a gorgeous, euphoric rush of rattling guitars and sweetly cooed backing vocals. It is a fine, reflective end to a fine record, and a powerful introduction to the world of The Cast of Cheers.
TRACKLISTING 1. Family2. Posé Mit3. Human Elevator4. Animals5. Palace and Run6. Goose7. Go Getter8. Marso Sava9. Trucks At Night10. They Call It A Race