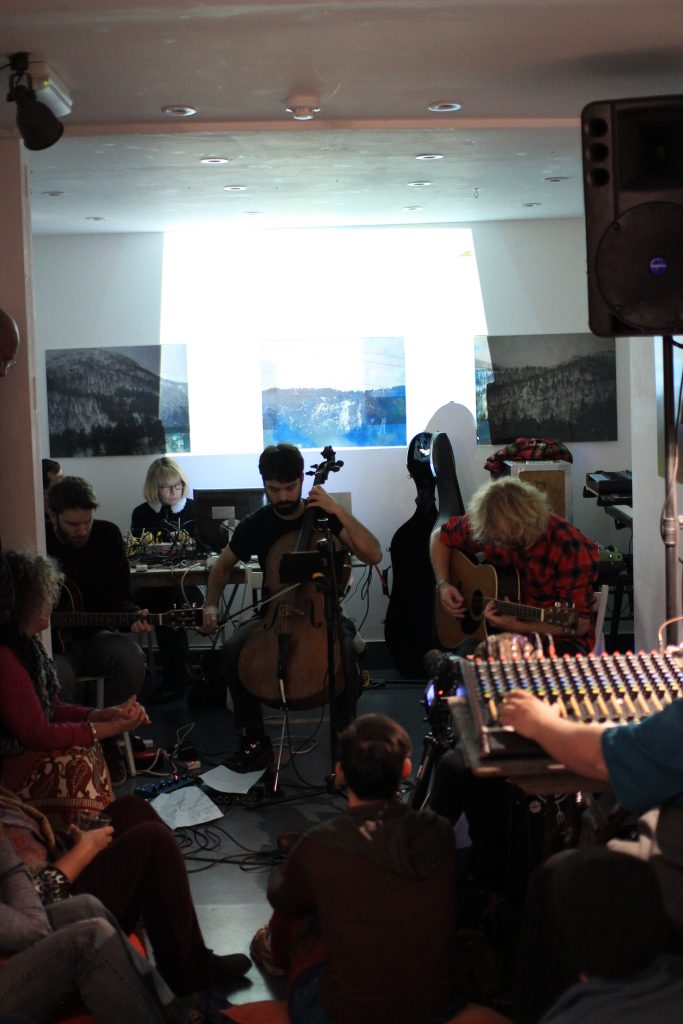 Last year a highlight for Circuit Sweet and a personal favourite record release of 2016 went to the hardworking efforts of Simon Gore with his stunning release of the tentative 7 track masterpiece ÉN TI.

At the end of October 2016 Simon teamed up with Cardiff Made for a special week long photography exhibition to coincide with the official launch of his debut album ÉN TI and photobook which was unveiled Saturday 22nd October. ÉN TI is Simon’s interpretation of Nordic landscapes, atmospheres and environments projected through obsolete and decaying technology, manifested in the form of a debut, full-length album and soft back pocket photo book. The exhibition showcased a selection of  unedited images from the book, taken on expired 110 film in Norway. With these incredible images adorning the walls of Cardiff Made throughout their week, they looked at home providing the perfect backdrop to Simon and his accompanying musicians on the live night/launch.

This project has been described as illustrating Simon’s absolute disregard for the disposable nature of modernity. Acknowledging the process of form becoming function with the evolution of tools becoming cultural artefacts. Recognising the technology used as an aesthetic and artistic equal to the image and/or sound its self – celebrating a forgotten frame size and vivid imperfections of the physical and analogue world as the fundamental substance within.

On the night of the launch, Simon shared the room with support from local musician MNTZ followed by a live set showcasing a take on some of the recorded compositions. His improvised, electro/noise, hardware AV performance featured guests musicians Hervé Giradrin of Nevsky Perspective and Jimmy Otley. The pair joining Simon to bring his record to life in front of a respected audience at Cardiff Made. Friends, family and all those interested in such a unique night were left in awe.

Simon’s brother and videographer Paul Gore alongside  Rhys Lewis shot some incredible  videos from the ÉN TI album release party at Cardiff MADE gallery, South Wales, UK on the 22nd of October 2016. The tracks as mentioned feature Hervé Giradrin of Nevsky Perspective and Jimmy Otley. Live visuals performed by Form Constants. Special thanks to James Townsend and the crew at Cardiff MADE gallery.

If you missed the successful evening you can now watch a glimpse into the evening below.

To coincide with the new live videos being unveiled, Simon Gore has also released the 2 live tracks streaming over on bandcamp and available to download now.

Grab the release via Oslo’s Looop Records  and from the circuit sweet shop shelves now- http://circuitsweet.bigcartel.com/ each order comes with download code and free goodies!