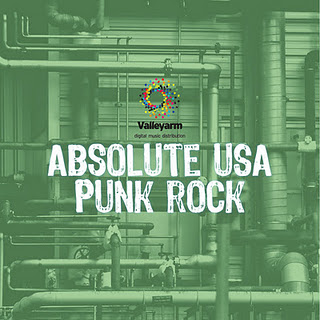 Over the next few weeks we will be promoting an upcoming Punk Compilation curated by Valleyarm Digital Media Distribution and the hard work of Matt Diewald- a man who is passionate about his musical taste. With many featured artists already recognised names here at Circuit Sweet; we will be bringing you closer to the release and closer to the bands with in-depth interviews and more. Until the compilation will be ready to stream and available for all.
Valleyarm Digital Media Distribution to Release Punk Rock Compilation
Globally November 29th, 2011
From the basements and living rooms of countless young people in America, punk rock has taken a surprising return to the underground of today’s independent music scene.  Today’s punk boys and girls have stopped focusing on the commercial possibilities of punk music, so they can set their sights on what really matters: the music.
Combining a love for DIY-ethics with the accessibility of the internet, a new scene of kids were learning to play music and share it with their friends in the same way it had been done in the 1980s and 1990s.  Bands and fans broke down barriers to form relationships both professional and personal. The goal to just have fun became increasingly attractive to those who were sick of a public that doted on rock stars.
Tracklisting

1. Banquets – Fireplug
2. Rooftops – Raft Easily
3. Snowing – I Think We’re in Minsk
4. Fugue – White Tiger of the West
5. You Blew It! – Hope It’s Not a Deposit Bottle!
6. Small Brown Bike – In Need of Everything
7. Jet Set Sail – The Definitive Guide to Jet Set Sail
8. Arrows – Surely Not? Afraid So
9. Monument – Goddamned Claw Machine
10. Leave Let Be – You Don’t Touch Me
11. Over Stars and Gutters – They Left a Note
12. Dowsing – …And That’s Why You Always Leave a Note
13. Empire! Empire! (I Was a Lonely Estate) – Rally the Troops! Poke Holes In Their Defenses! Line Our Coffers with Their Coffins
14. Pessoa – Wellohwell
15. Duck, Little Brother, Duck! – Steve Jobs (All Is Fun Until Someone Gets Stabbed)
16. Prawn – Wesley’s Pipe Dreams
17. CSTVT – Cities & Memory 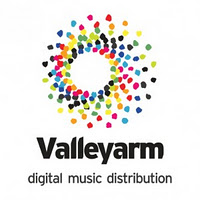 Opening this incredible compilation is Banquets.
The 4 piece New Jersey based band consists of Travis, Dave, Chris and Brian who find their outfit signed to Black Numbers and Coffeebreath and Heartache.
In the first of our interviews and insights into the chosen artists to be a part of the Absolute USA Punk Rock Compilation, find out about what the punk scene has done for the 4 and how they survive in their industry… 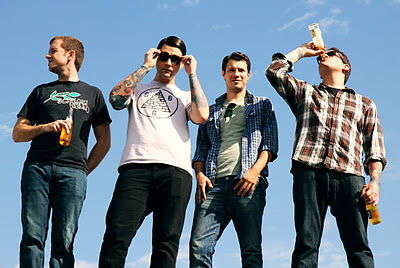 Firstly thank you to Banquets.
How has punk rock changed for you since the time you first became interested/active in the scene?  Is it better or worse than it used to be?
Punk rock and independent music in general has changed a lot since I first became involved. When I first started going to shows, 15 or so years ago, the internet was just starting to be used to promote bands. I don’t think it’s easy to say it’s better or worse, but definitely different. The cool thing is that you have access to all these bands you might not have heard of without the internet. On the other hand, it also gives any shitty band with a computer the ability to promote themselves. So you have to sort through a lot more garbage to find the good bands.
What was the best and worst shows that you have ever played? What made them great/terrible?
Our best show to date was easily our set at Fest in Gainesville last year. We were a new band on Fest, having only been around for 8-9 months at the time, and got really lucky with a great time slot. We played to a packed club (1982), full of friends and strangers. We had a blast and can’t wait to do it again this year.
I’d have to say the worst show we ever played was in Richmond, VA last year. We did a short weekend tour with our buddies, Static Radio NJ. We showed up to the show, and the promoter had sent his girlfriend to run the show for him. He also hadn’t booked any local bands, aside from an solo acoustic guy who had played only a show or two before this one. Like 6 people showed up, three of which were people we were staying with in Richmond. Low point in our show history for sure.
What’s the best way to balance having a band and working a full time job?  What do you like to do in your spare time outside of Banquets?
We just try not to burn ourselves out. We don’t tour full-time, and just try to get in as many regional shows and short weekend tours as we can. In my spare time, the little of it there is, I run a small record label called Black Numbers with my friend Phil.
What are your top 5 records you like to listen in the van while on tour?
I’ll do my best here with the order, but this is from memory of what records end up getting played the most…
1. Rage Against The Machine – Self Titled
This record came out when I was in middle school and it’s still hard as fuck. Untouchable.
2. Marathon – Self Titled
This band was incredible. Aaron’s voice is perfect on this record.
3. Yelle – Pop Up
We’re dorks. You can’t listen to punk rock all the time, and this record is awesome for late night drives. Party.
4. Danzig – Self Titled
Twist of Cain. This record is so undeniably badass.
5.  The Promise Ring – Very Emergency
The Promise Ring are one of my favorite bands ever, and one of the few bands every member of Banquets is into. This record is like listening to a high-five.
Interview Curated By Matt. Thanks to both Matt and Banquets.You can now Listen to the Compilation streaming below-

Absolute USA Punk Rock is teeming with un-jaded, unbridled excitement from men and women who just want to create music together, and that’s what makes this release so refreshing. Veteran punks Small Brown Bike fit nicely next to younger bands like Pessoa, Banquets, Over Stars and Gutters, and Snowing. CSTVT, You Blew It, and Australia’s own Arrows re-invigorate the style while maintaining their own unique punk.

The Keep Releases New EP Out Now Via Houndstooth