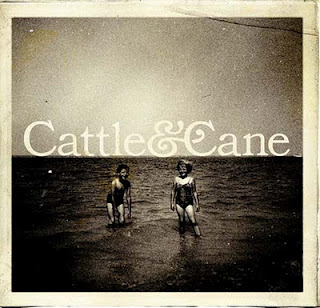 Cattle & Cane are a real family affair, with several members of the prodigious Hammill brood involved – Joe Hammill provides guitar and lead vocals alongside his sister Helen who adds an extra layer of lead vocals and keys. Fran Hammill brings powerful dynamicism on electric guitar and backing vocals whilst Paul Wilson and Vinny Hammill constitute the backline with drums and bass guitar.

Following on from their meteoric rise in 2010 after being selected by the BBC to perform at Scotland’s legendary T In The Park – the band released their debut, the Sold My Soul EP, to heavy critical acclaim in April 2011. Increasingly tipped for big things – the buzz continues to grow after sold-out shows, features from iTunes, BBC 6Music and a ‘single of the week’ award in the News Of The World. 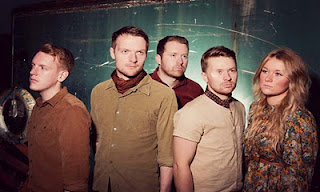 Their music is indelibly marked by a sepia-tinted, timeless quality – that could just as easily have emerged from pre-war America as post-millenium Teesside. Grizzled stalwarts of the North East England musical fraternity are already declaring them the best young band they’ve seen for many a moon, and brother and sister duo Joe and Helen Hammill are able to shift the hardest of hearts with their perfect, soaring harmonies.
The group’s second release, a four-track EP, will be released digitally on Sunday 16th October 2011. The record includes ‘Waiting’, ‘The Poacher’, ‘We Were Children [Live]’ and ‘Sail Home [Live]’. It promises to showcase Cattle & Cane at their most powerful, pure and poignant.
Get More
www.cattleandcane.co.uk