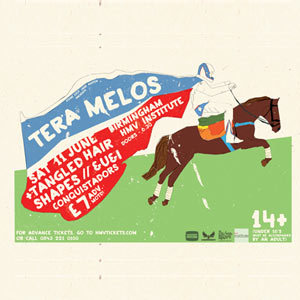 A new Birmingham Based Promotions are embarking on their first gig and a fucking rad one at that.

Tera Melos play a brand of music characterized by quickly alternating rhythmic patterns, start-stop dynamics, improvisation, two-handed tapping on the guitar, extended open-ended bridges, and the use of effect pedals and samplers.

Though the band has typically eschewed the label of math rock, they are considered recent innovators of the genre.

SHAPES
Playing tracks from debut album ‘Montony Chic’ recorded in Sweden with legendary producer Eskil Lovstrom, the man behind albums by Refused, Poison The Well, Hell Is For Heroes, In Flames and many more. Available at the gig.

Following tours alongside GlassJaw, Pulled Apart By Horses, Blakfish, Brontide and more, this tour will be the first to promote the long awaited debut full-length and will see the band heading overseas to Ireland, France, Germany, Luxembourg and more.

“Truly imaginative punk rock is pretty rare these days, but this trio pull it off with aplomb.”
ROCK SOUND, Band Of The Week

CONQUISTADORS (Of which we will be featuring in their own Introducing/Interview feature shortly, be sure to check them out now!)

Conquistadors are four friends from Birmingham making music without boundaries.

Eclectic tastes and an unstructured style make for high-energy, catchy songs that can be infectious pop one second and hellish noise the next.

Their ethos is one built of a conscious desire to develop new sounds whilst bucking old trends; if anything’s true about Conquistadors, it’s that they’re almost impossible to pigeonhole.

Affectionately labelled ‘Conks’ by their fans, Conquistadors are the latest band to join the Godmonkey roster with their EP, On Tape.

“Conquistadors, with the ‘On Tape EP’, have created simply a musical masterpiece in its ingenuity and inventiveness.” RockPulse Magazine

“The real gloriousness to be found in Conks’ music is their playfulness, their inventiveness. It is in the sheer scale of these four musicians’ imagination that any glory can be found.” Reviewage.net

“On Tape is a bold release, broad in it’s scope, and daring in it’s approach. Never content to settle into one style or genre, Conquistadors have created a real gem here, an intricately woven tapestry of alt-rock with a smile on it’s face, the perfect way to kick start your summer.” A Girl Called Sam 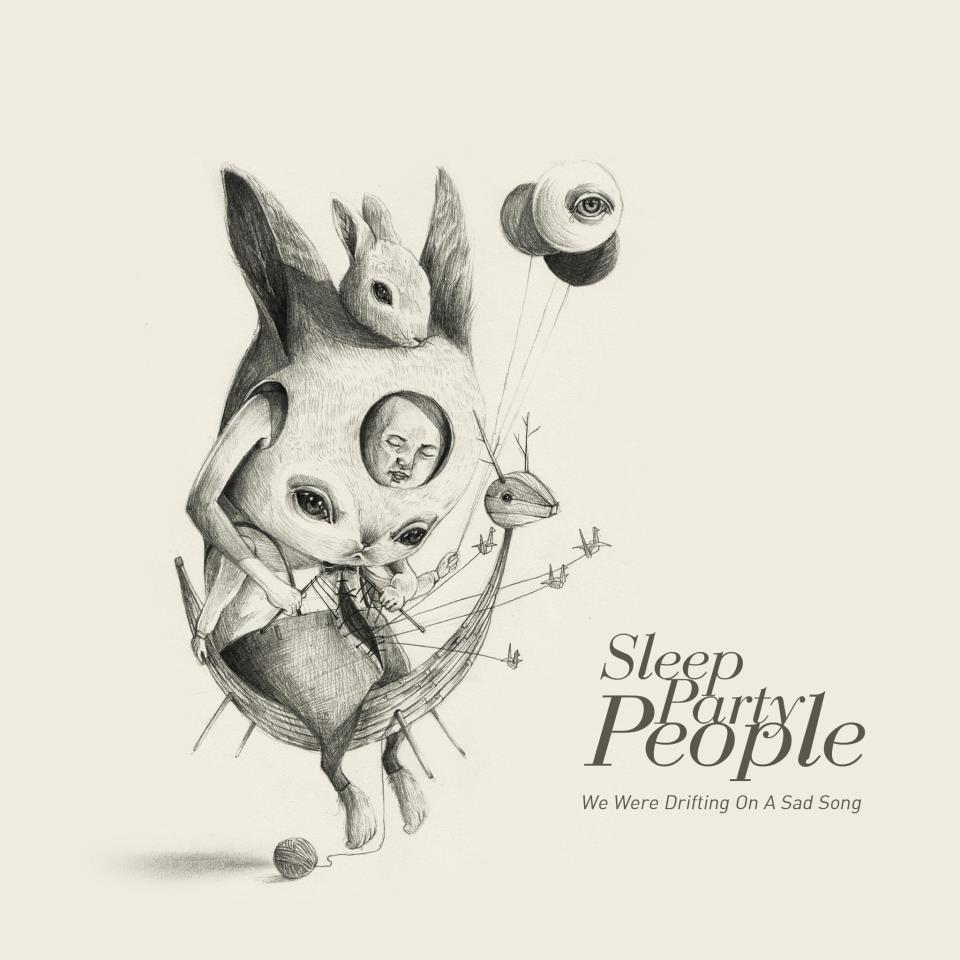 We Are The City’s High School (A Video Series) [Video]