A big day for intense instrumentalists Three Trapped Tigers who officially release their first album Route One Or Die today via their label Blood and Biscuits.

The Trio consists of Matt Calvert on Guitar, synths, electronics. Adam ‘Shredator’ Betts Drummer and Tom Rogerson on Keys, Piano and Vocals.  Tom is the mastermind behind writing the TTT music, later arranged by the entire outfit.

Ahead of their album release the men launched themselves on a European voyage to maintain the hype and deliver the true reasons behind their new materials anticipation.
Their Pink Mist tour which featured support from Tall Ships following Three Trapped Tigers return from Brussels; began at the beginning of May with a show in Colchester. With dates all across the UK the tour comes to a close tonight with a headline gig in London. During their dates the boys returned to Cardiff on the 19th of May to cramm their new album into their fans faces.

Three Trapped Tigers last played in Cardiff in 2009 for the recognized SWN Festival, where they were one of the standout debuts. Their set was received with such overwhelming response they were scheduled to play Cardiff Arts Institute last spring, but then the wave of volcanic ash grounded flights in and out of the UK and drummer Adam was stuck in Iceland.
Luckily the band made their 2011 Cardiff date and with them bought a storm of loyal lovers.
Playing to a respectfully promising crowd on the smallest stage to be adjured with the largest array of equipment; Three Trapped Tigers tore up their two part tantalizing set.

Embarking on their headline set, pre tweaks during the stage crossover set off sparks of their renowned TTT sound, drawing the crowd closer and instantly brightening the atmosphere.

Rather than essentially fuse both new and more recognisable compositions together, the men broke their set into half. The first; mainly a showcase of what the three have been working on, their album effort. Pre-listens of their new 8 track album were exclusively given for NME to stream, one listen from start to finish offered a complete refreshing mindfuck of power housing orchestration. This pre release album listen was then portrayed dutifully in the first half of their live expedition.

Individually the three musicians each bring their own creative competency to culminate exceptional compositions. Each track they played should be credited on its structure and format and how cleverly their work has been harmonized.

Abrasive, brash, hard-hitting yet skilfully controlled drum beats aided the focus on the night, drummer Adam’s attentiveness to the set highlighted his talents. His handled force and the striking beat he provided with such diligence; in order for his abilities not to overpower his two band mates sound.

Throughout each track boundless riffs are supplied by Matt and incredibly, some serious shred action. Providing twists and tweaks, Matt uses a multiple pedal/effect selection to consistently alter the atmosphere and mood that his guitar supplies and accompanies to each composition. From offering a harsh compelling sound to the frequent piercing bite.

Despite the nights visual enticement being on drummer Adam blitzing through the entire set it was refreshing to see pianist Tom who has a classical and jazz background enjoy his brainchild. It was clear to see that Three Trapped Tigers is Tom’s band, although a collective contribution, and a working outfit, Tom displayed this was his work and he was delighted to see the response from the crowd.

Tracks like Cramm filled the room with pitch bending melodic virtuosity, riff bitchin glitched up stop starts. Carrying the tech prog rock label smoothly throughout the course of the set.
As each track digressed the three maintained their forceful layered and very in-depth wall of sound. Tom provided subtle keys at times assisting the flow with a softer approach. Dreblin a new track from their album offering a more malicious taste of the set, the three pulverized the heavier material they presented, the atmosphere drowning in the bold dynamics.
More recognized tracks such as 6 taken from their second EP conveniently titled EP 2 conveyed two sets of vocals complimenting one another during collective “oohs” and “aahhs”, bursting grooves and crashing symbols.

Overall the performance was an achievement to how far they’ve come. Their ability to articulate emotion within their electronic escalations and more importantly their attention to detail accompanies their credibility to captivate a crowd.

The band and their performance are possessive. Their on stage presence and their capability of holding the audience all fall under the complexity their set entails.  A live performance which will creatively inspire you coincides with the fantastic reviews their new album has already achieved.

You can get your copy of their album out TODAY here- http://bloodandbiscuits.bigcartel.com/product/three-trapped-tigers-route-one-or-die-cd 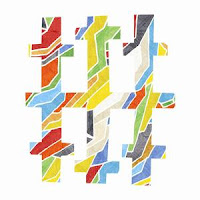