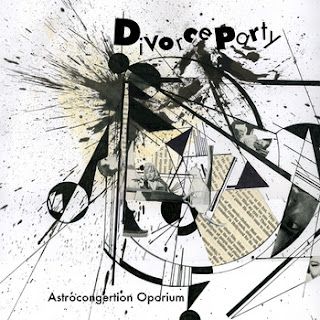 Casting back since October, Circuit Sweet have been following the constant success of Ypsilanti, Michigan based badass band Divorce Party since the discoverey of their S/T EP which was released in June of last year.
Following a pretty entertaining interview with the guys, which you can rediscover here, it was announced that 2011 would see the release of their full length debut album.
A long awaited and much anticipated release has finally shed some light on the world. We give you that album.
Released 19th March 2011
Divorce Party have once again shared their release, this titled “Astrocongertion Oporium” as a free download via their bandcamp.
Produced by Worm Farm Recordings and Divorce Party
Recorded at The Killhouse
Engineered by Brad Perkins
Mixed and mastered by Brad Perkins and Divorce Party at the Worm Farm
Satellite Office
Equipment support by Chris O.
Become a fan of these eminent instrumentalists HERE.

Listen to the mindtweaking sounds taken from Astrocongertion Oporium below via their streaming bandcamp release and be sure to download and pass this link on.