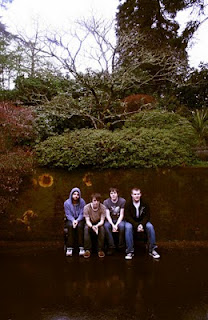 So a few months back we interviewed Chris Scott representing the brilliant BEARCUBBIN’ for our first real band feature which went down a treat. We are lucky enough to have another chat with Chris about another one of his many projects- The Jezebel Spirit. Firstly I would like to thank Chris for all his time with myself and Circuit Sweet. I am totally honoured to have spoken to him and even more so with his involvement with this blog.

You know when you meet a person or hear/see a band for the first time that really knocks you back due to their honest passion for what they’re doing, to me this band is part of this feeling.

The Jezebel Spirit is a mathy post-rock instrumental band based out of Portland, Oregon.
The band is made up of Phil Cleary (Drums and Piano), Pat Dougherty (Bass), Jon Scheid (Guitars and Keyboards), and Chris Scott (Guitars and Keyboards).
After going through several singers and names, the band (with Jon’s strong influence of Instrumental rock taste) finalized the line up without a singer and became The Jezebel Spirit that records and performs today.
The first effort was the “Turtles All the Way Down EP” that represents a fully encompassed listening experience from start to finish. A small experiment with the “Untitled EP” led to a week long studio stay to create the full length “Remember…Always Obey, You’ll Live Longer that way”.

The Jezebel Spirit continues to record and play live with a split and full length on the horizon. All of the music can be downloaded for free on
www.thejezebelspirit.bandcamp.com

The Band Name is very familiar, where does the name originate from?
The band name originated from the David Byrne and Brian Eno album called “My Life in the Bush with Ghosts”. The song “The Jezebel Spirit” is an ambient song set to a recording of a recorded telephone exorcism.

What are your Collective Influences that have shaped The Jezebel Spirit
Our influences are as wide and diverse as our temperaments, but here it goes: The Cancer Conspirarcy (big one), Maserati (big One), Grails (big one), Battles, Don Caballero, Yes, King Crimson, Maps & Atlases, Faraquet, The Mars Volta, The Appleseed Cast, Autolux, Primus, Samuel Jackson Five, Lite, Toe, Deftones, Dirty Three, Do Make Say Think, Peter Gabriel Era Genesis, Giraffes? Giraffes!, Mahavishnu Orchestra, The Mercury Program, Tortoise (Big One) and pretty much anything mathy and pretty as well as progressive and thought provoking.

Explain How the band formed and started
The band formed after Chris’ first band Nobody Special needed a new rhythm section and that’s how he met Pat and Phil who had been playing together for a few years before. Chris, Pat, and Phil went through a few singers and added Jon into the band as a second guitar player. More singers and names happened and finally the band ended their relationship with their last singer and moved on as an instrumental band with Jon’s direction and musical taste that differed from the rest of the band’s. Thus became the band that has been recording and performing for nearly 5 years. 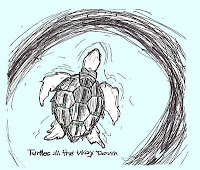 Our most personal record that is close to all of our heart is the “Turtles All the Way Down EP” and the energy and song writing is amazing on that record, but I find the overall listening experience of “Remember…Always Obey, You’ll Live Longer That Way” to be the most enjoyable as an album. But at the same time I miss a lot of the mathy stuff of the “Untitled EP”. My favorite record is probably the one we are producing right now because I think that this music is some of the best we have written yet. Not exactly what you wanted, but I really like it all for different reasons.

You’ve played with such Phenomenal and inspiration bands such as maserati, tera melos, by the end of tonight, octopus project and more-
which has been the best experience so far and why?
Our best experience was Maserati hands down. I got to talk to Jerry while we were manning our merch tables about the formation of the band and we got to see them play Inventions all the way through live. It was a beautiful and amazing experience and I am really sad that Jerry Fuchs has passed away, but I’m happy I got to see him play so amazingly in an up close and personal manner. I still have the note he wrote me while we were talking over the music and he is reason why we have “remember the Jerry” on all of our new merch, people need to remember that not only was he amazing in Maserati but also in Turing Maching, !!!, The Juan Mclean, and LCD Soundsystem recordings.
A close second is playing with By the End of Tonight twice and hanging out with them and finding out that some of the best musicians are some the coolest guys ever. They were a band we could really talk to and hang out with.

Have you learnt anything from playing with the above icons?
Probably the most important thing I have learned is professionalism and attitude. Being professional on stage and owning a tuner pedal and practice is really what makes a talented band good. While everyone in the band may be talented at their instruments, it is important that each member is supporting the other to make a cohesive sound that not only sounds good to the players, but is interesting and wonderful. Playing something crazy at the expense on the song is just not a good plan of attack.

I feel like I’ve known this band for some time, it being on my playlists and in my music collection, do you see the band as an iconic band itself?
I don’t think that this band is iconic yet, but I think we are making it there. I feel like we provide a partner and support for bands in area to do something out of the ordinary and have someone to play with and support it. That is why we started the Bro Fam collective to give portland an alternative to popular stuff. I feel like the next record we put out will be in a better position to really influence new players and bands and create an iconic template to take further or to rail against.

If you could have the ultimate gig, location, support acts etc describe how that would be ..
My ultimate gig would be an west coast east coast double day tour:
First we would play the Crystal Ballroom in Portland with The Cancer Conspiracy, King Crimson (Red Discipline Era), Maserati, Grails, and our Friends With Eyes Abstract.
Then we would jet over to the east coast and play in Washington DC with Faraquet, Battles, and tortoise.
Afterwards Frank zappa makes us Pancakes and Ian Williams explains the echoplex to me.

How would you describe the bands sound in 5 words?
Beautiful, Dysfunctionally-Dissonant, Progressive, Emotional, Playful?

Whats currently happening in the land of the Jezebel Spirit.
We are going into writing hibernation. We have one more show scheduled for the year and then we will be writing and working on recording. After Remember… we started fresh with new ideas and a new attitude and now have about 45 minutes of new material that needs to be recorded and sorted. Also Pat has a career and I have school so that is going to gum up the progress of the group, so right now we are working on playing new material and writing a shit ton.

What does the future hold that we can all look forward to?
Our future is a split with two songs with our really good friends With Eyes Abstract. I will actually be helping to record the Drums on the With Eyes Abstract side to practice one of my passions and then we will be putting more material together for a full length record in the future. And beyond that I imagine us to be making music together for as long as we are in the same state. We love what we do and we do it because it not only challenges us as players, but also makes us happy and helps us to have fun.

If you dig any of the bands I’ve previously featured your going to love these guys. Hit up their bandcamp and you can get their discog for free and add it to your collection. Spread the word and the spirit love.

The Go! Team Share New Single “Pow” – New Album “Get Up Sequences Part One” Out July 2nd via Memphis Industries