Over the last few years, Cowgirl has been consistently building up an impressive body of work, showcasing this profound knack for creating intelligent compositions with a long-lasting impression. After releasing a range of individual tracks the band are now about to release their debut self-titled album. A record that will no doubt appear in many favourite releases of 2021 lists. The forthcoming album will be released by the incredible Safe Suburban Home this September, the album will be available both physically on 12″ vinyl and digitally on all the usual streaming platforms.

The album was recorded in a burst of creativity with Euan Hinshelwood (Younghusband/ Cate Le Bon) at his studio, Vacant TV in London in early 2020. Initially booked into record just a couple tracks, the band found the studio environment so inspiring that it quickly led to the recording of a full album. The songs were all crafted with the studio in mind and then laid down live, with minimal overdubs or changes at the mixing stage. As such Cowgirl captures the energy of the band’s raucous live shows while simultaneously showcasing their gift for melody and pop sensibilities.

“I feel like we really gelled as a band & that kind of inspired the sound of the record & the writing to some extent. The studio certainly influenced our song-writing process.” explains Danny Trew Barton. “The album touches on personal experiences and relationships. The arrival of winter and feeling bummed out & disillusioned with everything. It’s maybe a little more introspective than anything we’ve done before. A little more thoughtful, probably due to us growing as songwriters and just growing as people” adds Sam Coates.

Album opener, and first single ‘Better With You’ was released 4th June as the first taste of what the album will bring. The release was described as brimming optimism. Sitting somewhere between the angular brilliance of The Nerves & the laconic swagger of mid-era Wilco it is a perfect introduction to the dynamism of the band.

Today, Cowgirl share their new single “Figure It Out”, the second release taken from the forthcoming and highly anticipated album release. Listen to the single below:

These bright almighty guitar sweeps initiate the bold and immersive instrumentation for “Figure It Out” and the audacious and consuming percussive shuffles and dedicated drum rolls, unite to provide this crucial hook to the release. The addictive lyrics lifted by the upbeat tones and licks add this honest attachment to the raucous release, utterly addictive. Cowgirl consistently curates these all-consuming compositions.

The melody of this arrangement flirts with this nostalgic indie brit-pop essence and the upbeat motions pave the way for the audience to elevate with the higher lasting notes, grasping at this feel-good cathartic expression that Cowgirl has flawlessly developed. With the melancholic moments from the genre mentioned above, Cowgirl drives their vision with this unpredictable edge, producing something with this ferocious impression with a contemporary essence.

Cowgirl have created this distinct anthem, a single release that will resonate with so many, a track we will all be singing back to after the first listen. Cowgirl bolt through the journey, at only 2 minutes 26, the pair have covered this ample ground within their time frame, the quick-paced momentum adds to the infectious air that “Figure It Out” conveys. It’s enough time to be truly hooked but when the release ends you beg for more. Once again,  Cowgirl‘s passion and infectious energy prevail.

Every release that Cowgirl has shared to this point, showcases this remarkable range of variety within their imperative vision. Each release delivers this vast soundscape that differs from the previous ensemble, Cowgirl has this undeniable knack at crossing through various genres and influences whilst still harnessing something so unique they can call their own. Their songwriting skills continue to hypnotize, it’s clear this outfit when united has such an impressive workmanship ethic and together they create the most compelling and expressive compositions with a fierce rock influence.

After a year away from playing live, the release of this album also heralds a small tour to promote it; with many of the tunes having never been played live before. Full dates are below.

Siv Jakobsen unveils ‘How We Used To Love’ Remix‏ 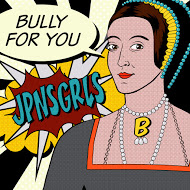