Western MA’s Editrix – the trio of Wendy Eisenberg (they/them), Josh Daniel, and Steve Cameron – are set to release their full length debut, Tell Me I’m Bad, on February 5th via Exploding In Sound Records (Knot, Pile, Water From Your Eyes).

Now the band are sharing the album’s title track, a song that Eisenberg says is about “expressing interest in someone, even flirting with someone, and wanting so badly to hear what they think about you that you might not even believe it when you hear it.”

Tell Me I’m Bad instantly greets you with this filthy tone and abrasive beats, this angsty vibe consumes the audience, and in comes this dextrous energy. This almighty spirit that Editrix so effortlessly convey, showcases the explosive amalgamation of each fierce musician within this outfit, their passion perfectly captured through their new release. The vocal harmonies add this stark contrast to the ferocity of the instrumentation, this delicate and perfectly pitched vocal harmony lifts the atmosphere and bounces off the angular movement.

The Western Massachusetts trio’s debut album, Tell Me I’m Bad (due February 5th via Exploding in Sound), is described as darting and tumbling between apocalyptic love song and ethical quandary, playfully picking from and decimating influences ranging from Anthony Braxton to Captain Beefheart along the way.

Wendy Eisenberg (guitar/vocals), Josh Daniel (drums), and Steve Cameron (bass) formed Editrix in early 2018 as a way to explore the outer edges of the rock pantheon beyond their respective bands. Rather than bridging the gaps between party rock, noise, jazz, and prog, the resultant “avant butt rock” rabble-rousing moves in pocket dimensions between them. “We’re a bunch of sidepeople that decided to form ourselves into a compositional experiment,” Eisenberg says. “We all love different music and play in different bands, but our collaborative songwriting has trended towards elaborating on pop forms. We want to annihilate indie rock.” 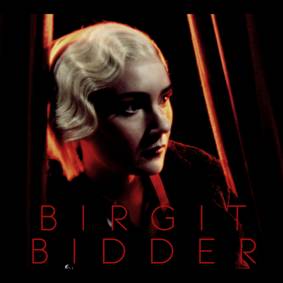