Our next takeover comes from a label that has certainly flourished in 2018. Towards the latter of the year, we’ve been promoting the brand new independent label Truant as they got ready to release a momentous record for the year, Matt Calvert‘s Typewritten. The label was founded in 2018 by music supervisors and multimedia audio production specialists Alex Lodge and Toby Slade-Baker. We hand over to Truant to discover more about their year in music

Love the departure from his usual style, the looseness (he recorded as an extended studio jam in a single day in Hanoi with his brother, father and Vietnamese musician Minh Nguyen), and the obvious influence of Miles Davis’ 1970’s albums like ‘Get Up With It’, (arguably) Miles’ best work.

Shameless plug of our own record here, but we feel it deserves a place. This is a record for us as when we heard inspired us to start a record label to release it as we couldn’t imagine being involved with it. That’ how good it is.

Not our usual cup of tea, but there’s something great about this album. it reminds us of ESG and Liquid Liquid, but also of ‘On The Corner’ as it feels so quintessentially ’New York’. A Savage is a great lyricist so the songs really connect.

This record is a hard to classify but ‘synth pop’ (as NTS described it) most certainly does not do it justice. These 2 girls from Norway have created a deep, shuffling, urban soundscape with fractured ethereal vocals that often sound like samples but aren’t. It’s kind of footwork but deeper and more considered. Track 1 (‘Worth It’) is a 3 minute industrial beat that really weeds out the weaklings and sets the stall out beautifully. It says, ‘this record crosses over to the mainstream but that’s not where we’re from and here is a fuck you to the industry that expects it’ (well how we see it anyway and we love it).

Leon Vynehall – Nothing is still

If you’re familiar with Leon Vynehall as a house producer then this (his debut album) signifies his coming of age as a composer and artist outside that scene. If you’re not, then you don’t need to look back for context as this stands out as a beautiful piece in its own right. He has always delved into deeper musical territory with B-sides on his 12” releases but this is altogether more accomplished and cohesive in the album format. It is an imagined soundtrack to his grandparents’ journey from the UK to New York in the 1960s, and the life that followed. There are two tracks on this record that feature dance beats at all, the rest is a beautifully textured, diversely influenced musical composition including string sections, flute, piano, saxophone in a bed of carefully crafted electronica.

Apart from the sold out launch for Matt Calvert ’Typewritten’ at SET in Dalston in October, the best is probably Colin Stetson at Hackney Arts Centre. Stetson is a beast who pushes the outer limits of what his instrument is capable of. There was also an enigmatic and ethereal support slot from new Erased Tapes artist Hatis Noit. If you don’t know, get to know. Wooden Shjips – Sala Upload Barcelona. Mesmerising is the only way to describe this show. These unassuming veteran rockers slowly suck you in with meandering but purposeful psychedelic drones and fuzzy, verby guitars which somehow send out random nebulous hooks and other unexpected magical moments from lead guitars and horn counter points. They have been described as ‘couch bound stoner’s delight’, which we get, but i’m not sure how much we would listen at home. This is music that’s best experienced in the live setting…eyes closed, standing very close to a very good system.

Launching and seeing our first records being sold. Having the o opportunity to touch people’s lives and start to build a community of music lovers. We’re looking forward to carrying this on next year.

To carry on doing what we’re doing, sharing music we love with people that love music. We have a few irons in the fire but it’s too early to let anything slip. Stay tuned though.

A huge thank you for participating in this year’s Rad Releases and a bigger thank you for helping release one of our favourite albums of the year. We can’t wait to see what you get up to in 2019. 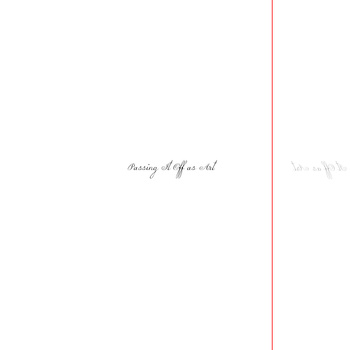