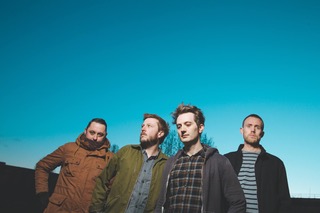 Ahead of their upcoming October and November tour dates, Sheffield’s 65daysofstatic have shared results from their recent exploration into new ways of harnessing algorithmic music techniques in the form new track ‘Z1’. The band state:
“We’ve been busy trying to write music that isn’t also a song at the time. So – here is some brand new music from us. It is a live take of some machines we made to make music like we make, except in ways we might not have thought of ourselves. At this point there is probably hours of 65 audio that these machines have churned out. We’ve alienated ourselves from our own creative production. Full automation, a Fordist’s dream. And you all thought 65days weren’t commercially viable! Well, you were dead wrong. We’ve solved music now, so are currently looking into franchising options. Hit us up if you’d like to run your own 65daysofstatic branch locally. Also give us a shout if you’re a venture capitalist billionaire who still thinks technology will save us from Full Spectrum Doom, we will take your money and buy lots of drum machines. No. Look here instead. It’s a video of a new 65 song manifesting itself. Is it a true representation of the algorithmic process or a reverse-engineered illusion of the algorithmic process? Is the fact that we wonder about this difference a sign of the importance we attach to oblique creative processes as a valuable defence against the endless demand for content, or is it actually evidence of how capitalism has ruined our imagination to the extent that we can only perceive music in fixed commodifiable forms instead of endless streams of potential? Or is it the reason we don’t get invited to many parties any more? Just kidding we never really got invited to any parties.”

“If you’d like to see ~60 minutes of this kind of thing in the form of a 65 A/V installation-performance thing, then you are in luck. Because we are doing a run of experimental shows where every night will be unique. Out on the mainland, the Barcelona show is at AMFest with a bunch of different acts, Amsterdam support comes from Alex Brajkovic and in Berlin we’ve got the righteous Calum Gunn with his insanity-rave code experiments. Back on the shivery, sinking Isle of Evil Empires past, support for all dates will come from Johanna Bramli” ***** 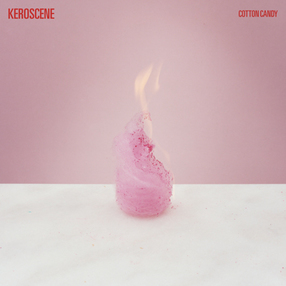